Please can we suggest looking at these alternative airlines that fly similar routes to ADA, by clicking on the logos below:

ADA (Aerolínea de Antioquia) was a regional airline of Colombia and was based at Olaya Herrera Airport in Mellín, Colombia. The airline began operations in 1987 and operated scheduled domestic service from Medellín to over 20 destinations.

You can check in online for your Aerolínea de Antioquia flight from 72 up to four hours before your flight. If the passenger only has carry-on baggage they are able to go directly to security and boarding 30 minutes prior to scheduled departure.

The maximum baggage allowance for carry-ons on your Aerolínea de Antioquia flight is 5kg. Passengers must not leave any carry-on baggage unattended at the airport.

The maximum weight for checked baggage is 10kg. Any baggage in excess of this will incur additional fees.

Enrique Olaya Herrera Airport is an airport located in Medellín, Colombia. It is one of the largest airports in the country, serving over 800, 000 passengers in 2017. Other airlines that operate out of the airport include Avianca, Copa and Satena. 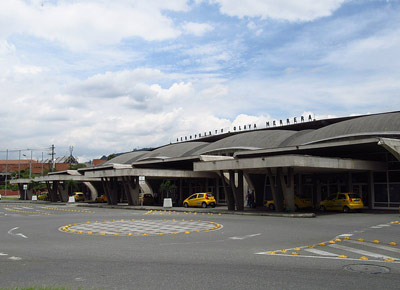