Unfortunately, Aerolinea Principal Chile (PAL Airlines Chile) ceased operations in 2014 and no longer operates any flights. Please take a look at these other airlines that fly similar routes:

Aerolineas Principal Chile, later known as PAL Airlines (Chile), was a Chilean airline that operated domestic services within Chile. The airline launched in 2003 and was active until 2014.

During its time, Aerolinea Principal Chile flew to a number of different destinations within Chile from its hub airport at Comodoro Arturo Merino Benitez International Airport. The airline originally launched as a charter airline and continued to offer only charter services for the next six years until 2009 when it launched its first scheduled service. In 2006, the airline rebranded and changed its name from Aerolinea Principal Chile to PAL Airlines (Chile).

Due to financial struggles and the effect of the weakened Chilean Peso, the airline ceased operations in later 2014 and was officially bankrupt in 2015.

At the time that it stopped flying, Aerolinea Principal Chile operated flights to five different destinations within Chile. These included to Antofagasta, Calama, Copiapó, Iquique and Santiago.

Santiago International Airport is an international airport in Santiago, Chile and was the hub airport for Aerolinea Principal Chile. The airport is the largest and busiest airport in the country and is located nine miles outside of downtown Santiago.

Principal Airlines was based at the airport for the entirety of its existent, first operating only charter flights and later moving into the scheduled passenger market.

Other airlines that use Santiago International Airport as a hub include LATAM, Sky Airline and JetSmart. 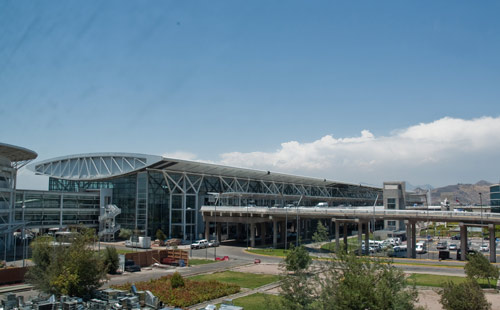