Make an Air Chang'an Booking and Find Some Amazing Deals

Established in 1992, Air Chang’an has an interesting history as it was merged with Hainan Airlines in 2000. In octubre 2002, Chang’an Airlines was further merged to be operated by Hainan Airlines with Xinhua Airlines and Shaanxi Airlines together sharing the IATA code and airlines logo. 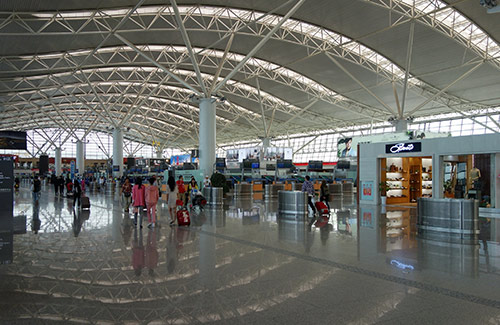 Air Chang’an began operating as an independent airline in mayo 2016.

The airline rebranded as its original name and unveiled its own livery. After receiving its air operator's certificate in abril 2016, Air Chang'an resumed operations as an independent airline on 9 mayo 2016. The inaugural flight was from Xi'an to Zhuhai. Air Chang’an has three Boeing 737-800s in its fleet. Hainan Airlines’ subsidiary Chang’an Airlines has resumed independent operations instead of merging with Hainan Airlines, Xinhua Airlines and Shanxi Airlines. The Xi’an-based carrier is expected to launch its inaugural flight in May and will operate a Boeing 737-800 initially on routes from Xi’an to the cities along China’s Silk Road. Chang’an Airlines started formal operations in 1993 and merged with Hainan Airlines in agosto 2000.

In diciembre 2016, Air Changan, HNA Group’s newly-launched airline in Xi’an, has received permission to expand its domestic flight operations. Under the terms of its upgraded Air Operator’s Certificate, issued by the Civil Aviation Administration of China (CAAC), the airline will now be able to set up new operating bases in other Chinese cities.