Make an Air Go Booking and Find Some Amazing Deals

Unfortunately, Air Go ceased operations in 2016. Take a look at these airlines that fly similar routes:

Founded in 2013, Air Go, or Air Go Airlines, was a scheduled and charter airline based in Cairo, Egypt. Beginning with flights to Jeddah and Saudi Arabia in 2014, it operated scheduled flights from Egypt, to Saudi Arabia, Kuwait and the Persian Gulf, with charter flights to Europe, Asia, Africa and the Middle East.

Passengers were permitted one piece of carry-on luggage per person, weighing no more than 7kg.

Passengers had to check-in at the airport for their Air Go flight by visiting the airport check-in desk to check in and drop off baggage. 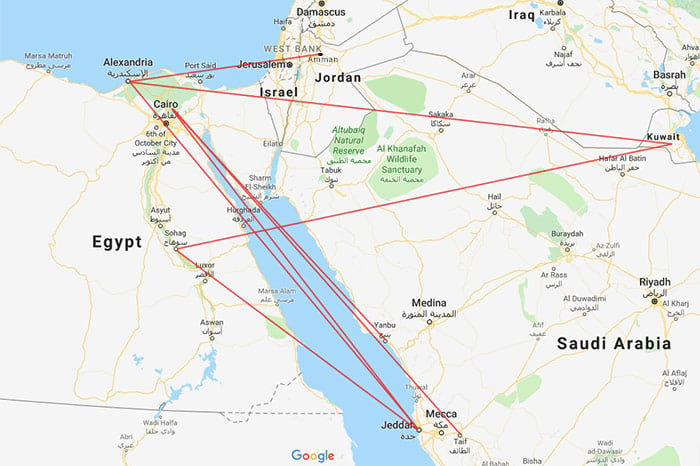 Air Go Egypt is based at Cairo International Airport which is the busiest airport in Egypt and is located in Heliopolis, near Cairo. It is the airport hub for EgyptAir, EgyptAir Express, AlMasria Universal Airlines and Nile Air, and is the operating airport for Air Go Egypt. It serves nearly 15million passengers and has 3 runways and 3 terminals.