Make an Air Greenland Booking and Find Some Amazing Deals

Air Greenland, also known as Greenlandair, is the flag carrier of Greeland and is owned by the SAS Group, the Greenlandic Government and the Danish Government.

Greenland’s national airline Grønlandsfly was founded in 1960. The company changed its name to Air Greenland in 2002 and has undergone rapid development during the last 50 years: From seaplanes to jet planes; and from helicopter services to scheduled services with fixed-wing aircraft. Then, as now, Air Greenland operates in Arctic airspace, which presents a unique range of challenges.

Business Class can weigh up to 30 kg (66 lbs) and 2 items of cabin baggage can weigh a total of 8 kg (18 lbs) with maximum dimensions of 55 x 40 x 23 cm. Passengers travelling with an infant can bring a changing bag and a carrycot.

Air Greenland passengers are able to print their boarding pass by checking in online. Online check-in for Air Greenland is available from 22 hours before your scheduled departure until one hour before your flight.

On flights between Denmark and Greenland, the plane is divided in two sections, Economy and Business.

Economy is the cheapest option.

Read the in-flight magazine: Air Greenland publishes a quarterly magazine, called Suluk, with general information about current political and cultural events in Greenland and with news from the airline.

Enjoy comfortable seats; the perfect balance between comfort and value.

Air Greenland Business Class passengers have access to the Aviator and Aspire Business Class lounges at Copenhagen airport. Here passengers can relax, catch up with work and read newspapers, magazines and receive free refreshments. Once on board the aircraft, Passengers flying on Airbus A330 aircraft are provided with personal video screens to enjoy Air Greenland's in-flight entertainment service.

Air Greenland's Business Class seats are wide and comfortable, with two foldable tables sizes that make leaving your seat even easier. Seats can also be adjusted using the panel in the armrest. 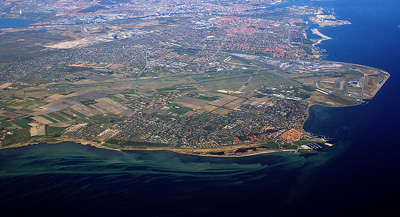 Please click on the logos below to find out more about airlines that fly similar routes to Air Greenland: