Air Kyrgyzstan offer two class types: Economy and Business. On-board the aircraft, passengers are provided with food and services free of charge in accordance with the class of service.

The free baggage allowance depends on the route, and ranges between 20 kg to 30 kg (including hand luggage).

Each passenger, with the exception of children under 2 years of age, has the right to carry free baggage.

The airline operates to many destinations such as Urumqi, Bishkek, Osh, Islamabad, Belgorod, Krasnodar, Krasnoyarsk, Novosibirisk, Surgut, Dushanbe, Yekaterinburg, Dubai and Tashkent. The airline has a codeshare agreement with Turkish Airlines. 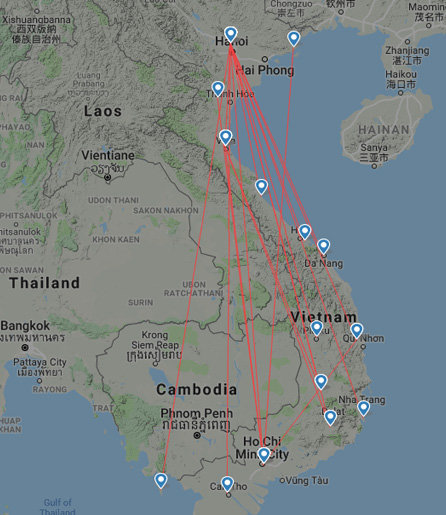 Airlines that also use Manas International Airport as its hub airport include Avia Traffic Company, Air Bishkek, and Tez Jet.