Please can we suggest looking at these alternative airlines that fly similar routes to Air Méditerranée, by clicking on their logos.

If you are looking for flights with the Greek airline, Air Mediterranean, click the link.

Air Méditerranée was a French airline which operated chartered passenger and cargo flights from its hub at Paris Charles de Gaulle Airport.

The airline was founded and began flying operations in 1997, but unfortunately ceased operations in 2016 after they experienced financial difficulties.

Charles de Gaulle Airport is France's largest airport and is the hub airport for Air France and XL Airways France. It has four runaways and can handle nearly 65 million passengers. 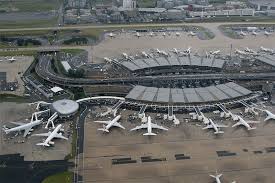