About the Airbus A320

The A320 is used on short-haul and medium-haul flights and can carry up to a maximum of 194 passengers. The A320 was the sole member of the Airbus A320 family up until 1994 when the A321 was released.

Technical Spec of the Airbus A320

Features of the A320

The A320neo offers unmatched comfort in its category. The spacious cabin gives more personal space to each seat regardless of the cabin class, with a minimum of 18" of seat width in standard Economy Class. The cabin is also fitted with LED ambient lighting.

The Airbus A320neo is one of the most fuel-efficient airlines in its class. The aircraft uses 20% less fuel than the A320ceo generation and produces less co2 emissions.

The Airbus A330neo uses new materials including titanium pylon and composite nacelle. As a result, the Airbus A330neo is expected to burn 25% less fuel than its previous generation competitors.

From its new window design to its mood lighting and updated lavatory comfort features, the Airbus A320 is a modern and stylish aircraft.

The Airbus A320 offers among the most space in the overhead lockers for any aircraft within its class. This allows for less strict baggage restrictions and ensures that there'll always be room for your carry-on baggage on the flight, meaning you won't have to worry about gate-checking your bag.

Which airlines use the A320?

The Airbus A320 is used worldwide for short and medium-haul flights by many different carriers. Although the Airbus A320neo has been released and is still in service, many airlines still use the Airbus A320ceo. These jets are expected to be phased out within the next 10 years and all airlines that use the A320 will be operating with A320neos. 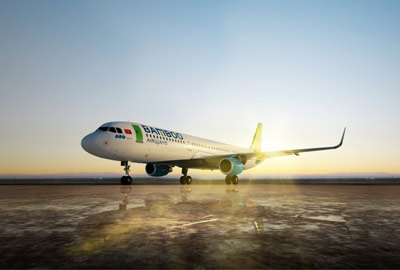 How can I book flights on the Airbus A320?

You can quickly and easily see what airline you're flying on at Alternative Airlines on the search results page. Once you've run a flight search, click on the 'details' icon of the flight that you want to look at. We'll show you more information on the flight, including which aircraft you'll be flying on.

How many Airbus A320 are there in service?

How much does Airbus A320 cost?

The average price for an Airbus 320ceo is $99 million USD.

How many passengers does the Airbus A320 carry?

Who as the first airline to fly the Airbus A320?

The first airline to fly the Airbus A320 was Air France, who received its first delivery of Airbus A320 equipment in 1988.