Make a BH Airlines Booking and Find Some Amazing Deals

B&H Airlines, not to be confused with BH Air (a Bulgarian airline based in Sofia), was the national airline of Bosnia and Herzegovina which had its head office in Sarajevo. The airline was founded in 1994 as Air Bosna and later changed its name to B&H Airlines in junio, 2005. After dealing with financial difficulties, the airline ceased all operations in 2015.

Unfortunately, B&H Airlines stopped flying in 2015. Please click on the logos below for airlines that fly similar routes to B&H Airlines.

Flying to Sarajevo? Find flights B&H Airlines flights in English with Alternative Airlines and avoid misunderstandings. We offer a straightforward booking process in English and we also accept Paypal!

As B&H Airlines ceased operations in 2015, we are unable to provide up-to-date baggage information for BH Airlines. Click here if you are look for the Bulgarian airline, BH Air.

Unfortunately, B&H Airlines ceased operations in 2015 and we can no longer provide up-to-date baggage information for BH Airlines. Click here if you are searching for check-in information on the Bulgarian airline, BH Air.

B&H Airlines was based at Sarajevo International Arport which is the main international airport in Bosnia and Herzigovina. In 2018, it handled over 700 000 passengers. Airlines that operate out of the airport include SAS Scandinavian Airlines, Turkish Airlines, Norwegian, flydubai and Lufthansa. 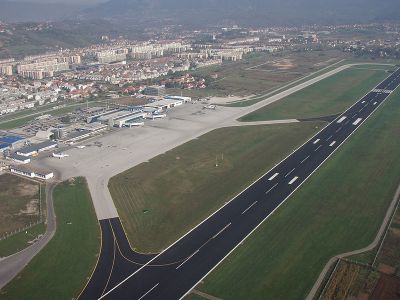