Imagine that you are checking in at the airport with your luggage, looking forward to getting on your first flight since 2019 but find out that your flight is delayed.

‘Ugh, how frustrating!’ You ask yourself why it’s happened to you and wonder what the reason is for the flight delay.

Flight delays are actually quite common, it happens to most of the airlines out there every day. It could last as little as 5 minutes or as long as hours. If you’re a first time/nervous flyer, don’t worry! Flight delays aren’t always caused by safety issues on the aircraft. In fact, air transport is the safest mode of transport out there.

Let’s get right into the causes of flight delays for peace of mind. Did you know there was an average of 9,728 planes in the sky at any moment in 2017, carrying over 1.2 million passengers? The sky is getting more crowded but safety remains the top priority for air traffic controllers.

Sometimes flights are delayed simply because the airspace gets too busy and they need to prioritise landing sequence while maintaining aircraft separation. So instead of heading to the runway to land or take-off, you may be going in circles waiting to land or patiently waiting on the tarmac for take-off.

It might even be that your plane has arrived too early and before the night curfew ends.

The same situation applies to connecting bags, delays are possible due to ground handling agents needing more time to transfer the luggage to the aircraft. In all fairness, you wouldn’t want to leave without your bags too, right?

However, these delays usually won’t last for more than a few hours as airlines could face a hefty fine for being late.

Strikes can happen in the aviation industry just like any other industry as the employees are unionised and fighting for their rights. When strikes happen, flights are usually cancelled. But if your flight is only delayed, you’re among the lucky bunch out of everyone flying with the airline.

As frustrating as it may seem, if your flight is delayed because of strikes, the airline is obliged to offer you assistance including drinks, food or even accommodation. So always turn to the airline and understand what they’re offering.

We mentioned the rare occasion when turtles cause delays, now let’s talk about another animal that is a more regular visitor at the airport: birds.

Bird strikes are a little more common in the aviation industry and they can be a threat to the safety of the aircraft, especially if a bird goes into the engine. However, don’t worry if it does happen, as most modern aircraft are designed to fly with a single engine.

Most airports have a bird control team that specialises in dispersing and preventing birds from gathering in the airfield using bird noise and pests control techniques. Even though they do a fabulous job in keeping birds away, the grassland at the airport can still attract a lot of birds, which makes bird strikes a bit more common.

Turtle on the tarmac

This is probably quite surprising for you, but it does happen occasionally!

Back in septiembre 2021, a 30cm (12”) long turtle on the runway at Narita International Airport near Tokyo, Japan caused a 15 minute standstill at the airport, delaying 5 planes for take-off.

At John F. Kennedy Airport (JFK) in New York, turtles from Jamaica Bay are often seen at the end of the runway to lay eggs. The wildlife control team had to keep an eye out for them in case they have to act to prevent flight delays. During the turnaround time after the aircraft has landed at the airport, various procedures need to be carried out to ensure it’s ready for the next flight. This includes cleaning the aircraft, preparing for the catering to arrive, refuelling, safety and security checks, etc.

The boarding process cannot start until the aircraft is ready for passengers to board. If the aircraft arrived later than expected, this is when delays happen.

As we mentioned earlier, the crew has to prepare the aircraft for boarding, like making sure the coffee machine is ready, all safety equipment is where it needs to be, etc.

Unfortunately, if this is running late, you’ll need to sit at the boarding gate for a little longer before you’re on the move.

Typhoon, hurricane, snowstorm, you name it. These extreme weather conditions can either cancel or delay your flight. As an example, on 10 octubre 2021, a British Airways flight to Hong Kong lasted 36 hours in total after failing to land three times and had to be diverted to Manila for the night due to a typhoon in Hong Kong.

Even if the aircraft is parked at the gate, your flights can still be delayed as it might be too dangerous for the ground handling agents to prepare the aircraft for take-off. Delays due to adverse weather can last for hours depending on the severity of it.

The priority of airlines is to keep as many aircraft in the sky as possible to generate the most revenue possible. This means they’re always running on tight schedules. If the aircraft arrived late at the airport, it’d have a knock-on effect on your flight too.

Top tip: If you ever wonder what to do if your flight is delayed, you can check out our flight delay guide for more information. 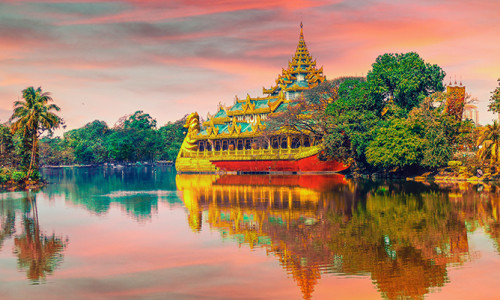 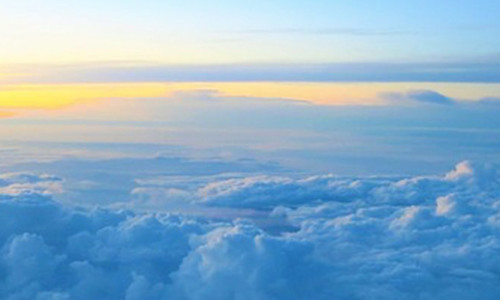 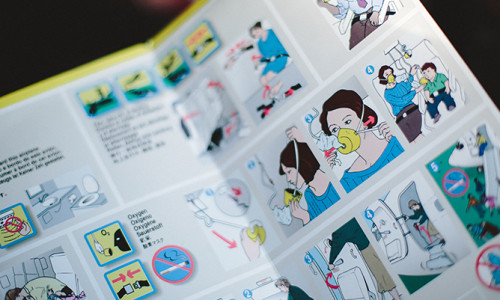 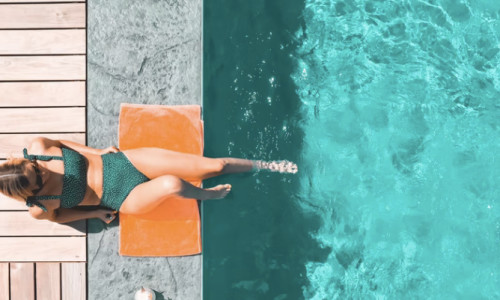 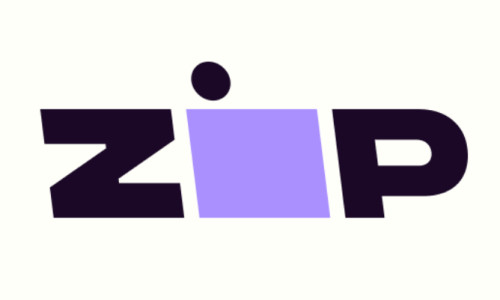