The Boeing 737 MAX is a series of aircraft manufactured by Boeing. Find out more information about the technical specifications and features of the 737 MAX series.

In 2019 all Boeing 737 Max aircraft were temporarily grounded. As of febrero 2021, the aircraft is beginning to resume service, following regulatory approval. You can find out the latest updates about the Boeing 737 Max grounding here.

About the BOEING 737 MAX

The Boeing 737 MAX is a series of narrow body twin-engine jet airliners, designed and produced by Boeing Commercial Airplanes. The 737 series was first publicly announced in agosto 2011, and gained its Federal Aviation Administration (FFA) certification in marzo 2017. The first delivery was a MAX 8 to Malindo Air in 2017.

The Boeing 737 MAX is the fourth generation of the Boeing 737, succeeding the Boeing 737 Next Generation, and is a re-engineered version of earlier 737 designs with the aim of reducing fuel costs.

As of mayo 2019, 387 aircraft have been delivered, logging over 41,000 flights and flying over 6.5 million passengers. Primary users include Southwest Airlines, American Airlines, Air Canada, and China Southern Airlines.

Boeing announced the redesign of the MAX 7, derived from the MAX 8, at the julio 2016 Farnborough Air Show. Entry into service with launch operator Southwest Airlines was expected in enero 2019, but the airline deferred these orders until 2023-2024. Other customers include Southwest Airlines (30), WestJet (23) and Canada Jetlines (5).

The 737 MAX 8 was the first variant developed in the 737 MAX series, with a longer fuselage than the MAX 7. The MAX 8 has a lower empty weight and higher maximum takeoff weight than its competitor, the A320neo. Its first commercial flight was operated by Malindo Air on mayo 22, 2017.

To compete with the Airbus A321neo, loyal customers of Boeing, such as Korean Air and United Airlines, pressed Boeing to develop a larger variant than the MAX 9. The MAX 10 includes larger engine and stronger wing. Boeing was hoping that 737 MAX 9 customers like United Airlines, Delta Air Lines, Alaska Airlines, Air Canada, Lion Air, and Chinese airlines will be interested in the new variant, which has a 5% lower trip cost and seat cost compared to the A321neo.

The MAX 10 was launched on junio 19, 2017, with 240 orders and commitments from more than ten customers, the largest being United Airlines, with 240 orders. Entry into service is slated for julio 2020.

Technical Spec of the 737 MAX

Passenger Features of the 737 MAX

Enjoy an elevated experience. Passengers can take advantage of greater flexibility to control their environment; controls for reading and lighting are at passenger’s fingertips. 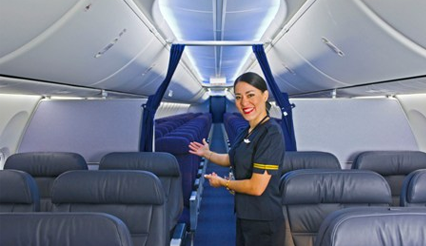 Image: An example of the 2-cabin layout of the Boeing 737 MAX series. Credit: Boeing

Larger pivoting storage bins means passengers can store their bags right by their seats. The bins pivot down for easy access, with easy access via new latches. 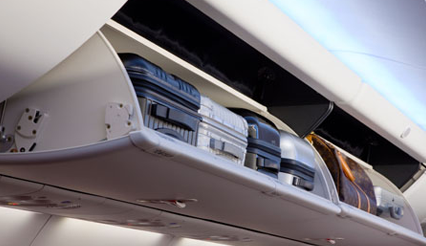 Image: An example of the new interior offered by the Boeing 737 MAX series, with new pivoting storage bins, with more room to store bags. Credit: Boeing

The passenger comes first. Extra details include larger windows for a better view, 20% bigger than the (competitor) A320neo’s windows, and variable colour illumination to mimic the time of day. 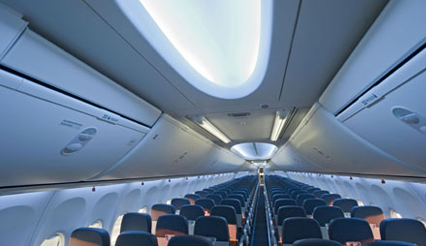 Which airlines use the 737 MAX?

In marzo 2019, aviation regulators and airlines grounded Boeing 737 MAX passenger aircraft worldwide. This decision was made after two newly delivered aircraft crashed within just four months, in octubre 2018 and marzo 2019.

As of 2021, the aircraft is set to resume operations around the world, following a lengthy process of software development, updates, testing, and approval.

Boeing's 737 Max cleared as safe to fly in Europe

The European Union Aviation Safety Agency (Easa) regulators have confirmed that Boeing's 737 Max plane has been cleared as safe to return to service in the UK and the European Union. It ends a 22-month flight ban for the jet, which followed two crashes in 2019. Regulators will continue to monitor 737 Max operations closely as the aircraft begins to resume operations.

U.S. safety regulators have cleared Boeing's 737 Max plane to resume service in the U.S. The U.S. aviation safety regulator, the US Federal Aviation Administration (FAA), has confirmed that the clearance would not allow the aircraft to return immediately, but marks a milestone following grounding orders put in place in marzo 2019.

How many Boeing 737 MAX aircraft are there?

Why did Boeing develop the 737 MAX?

The 737 MAX was developed to succeed the Next-Generation 737. The newer models were developed based on customer feedback and market data.

How does the Boeing 737 MAX series compare with its competitor, the Airbus A320?

Looking at passengers, the A319neo carries more than its rival the Boeing 737 MAX 7, but only 7 passengers more.

Looking at the airline's specs, the Boeing 737 MAX beats the A320 with the ability to carry a higher max payload (46,040 lb vs 44,100 lb). It also has a higher thrust power. The 737 MAX 9 can also be reconfigured into a super dense 220 seater variant. The 737 MAX 8 can also carry more cargo than the Airbus A320, making it a popular choice for airlines as this means more revenue.

What other Boeing aircraft are there?