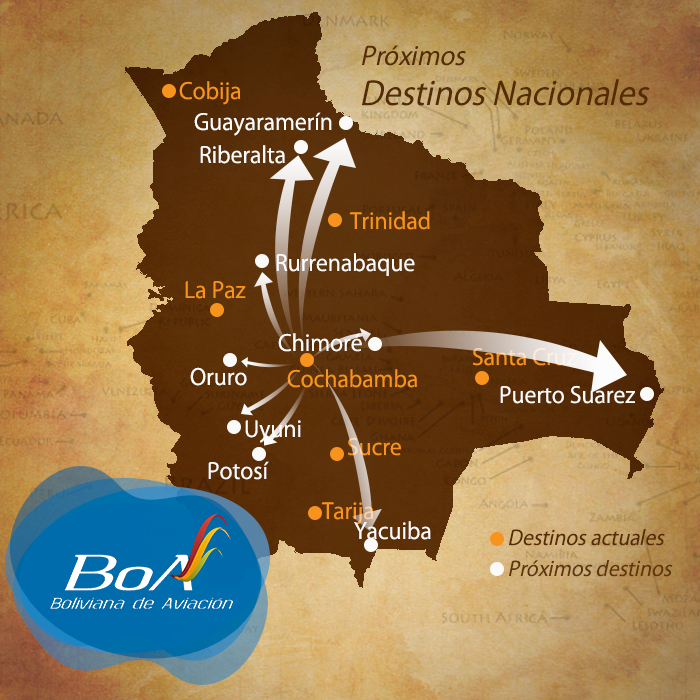 The carry-on baggage allowance will depend on which aircraft is operating your flight.

The free checked baggage allowance will depend on the cabin class and the route flown.

Passengers can check-in at the airport by visiting one of the check-in agents at the airline check-in desk. Airport check-in closing times are as follows:

It's recommended that passengers arrive well before the check-in closing time to ensure that they have enough time to drop any checked bags, pass security and make the boarding call.

Economy Class is one of two cabin classes offered on Boliviana flights. The cabin is clean and comfortable.

Passengers are served complimentary hot meals on long-haul flights and can order a from a selection of snacks and drinks on short-haul flights.

Seats are set out in a 2 x 1 x 2 formation and are wide and reclinable.

On select long-haul flights, passengers can enjoy a movie selected by Boliviana on shared TVs that are located throughout the cabin.

On short-haul flights, passengers are each given a copy of the airlines' in-flight magazine, Boa Magazine.

There's no WIFI on Boliviana flights.

On short-haul flights, passengers can order a range of sweet and salted snacks from the airline's in-flight menu, as well as hot, cold, soft and alcoholic drinks.

Boliviana de Aviación's frequent flyer program, Elevate, rewards frequent flyers by giving them the ability to earn miles on every flight flown. These miles can be used to purchase future flights on the airline, as well as give a range of additional perks and benefits.

Boliviana de Aviación isn't currently a member of any airline alliance. However, it does have a long-standing codeshare agreement with Iberia.

Jorge Wilstermann International Airport is an airport serving Cochabamba, a city in the Cochabamba Department of Bolivia and is the hub airport for Boiviana de Aviación. The airport is named in honour of Jorge Wilstermann, a respected Bolivian commercial aviator. The airport has two runways, one terminal building and mainly facilitates domestic flights within Bolivia. Although, there are some international flights flying from the airport to parts of South America, as well as intercontinental flights.

Other than Boliviana, the only other two airlines to currently use the airport are Amaszonas and EcoJet. 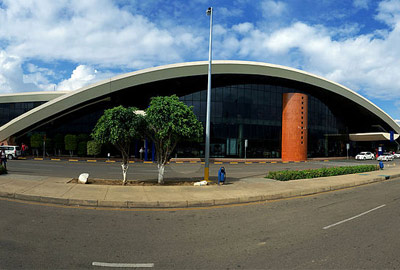