Want to search and buy flights in Cape Verdean escudo (CVE)? Here at Alternative Airlines, we've made it possible for you to make a flight booking with prices in CVE for the entire process. Follow our simple steps below to find out how to do it.

How to Book flights in Cape Verdean Escudo

Using our currency changer (highlighted in red), change the currency to CVE.

Fill out all the details for your flight search and click 'search flights'.

We will no display all available flights for the dates and route that you selected, with the currency displayed in Cape Verdean escudo.

Pick the fare that you wish to purchase and follow the instructions on-screen to complete your flight purchase in CVE. 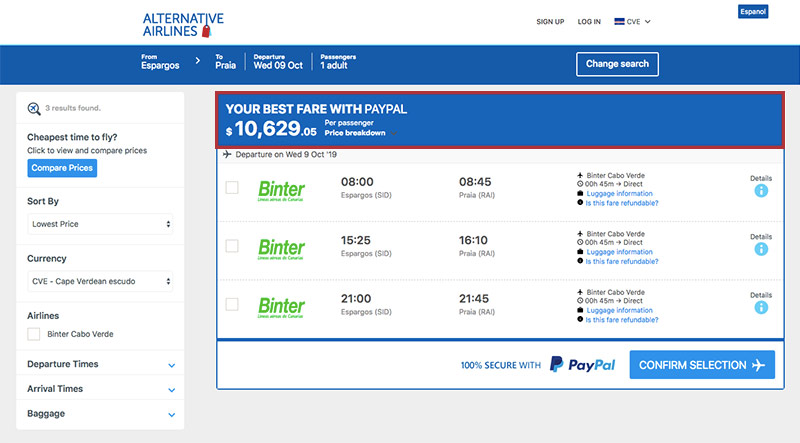