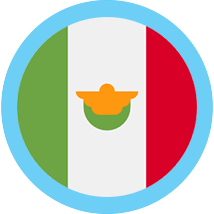 Buy flights and pay in Mexican peso (MXP) with Alternative Airlines. We offer flights from over 650 airlines, with over 25 different worldwide payment methods.

How to Book flights In Mexican peso

Once you've chosen Mexican peso, enter the details of the date and destinations that you want to fly on.

Flight results will now display with prices in Mexican peso. All you have to do now is select the flight best suited to you and pay for it in MXN. 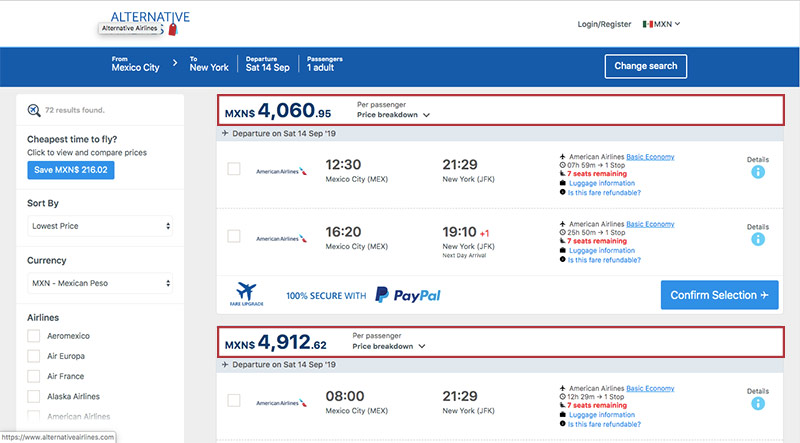 About the Mexican peso (mXN)

Described as one of the oldest currencies in North America, the Mexico Peso can be used to pay for flights with Alternative Airlines. Pay in Mexico Peso with Alternative Airlines. The Mexican Peso was initially based on Spain’s official currency, which is the silver dollar. The Mexican name originated from the 8-real coins that were issued by Spain for Mexico, which were cast from pure silver. It was the first currency to use a discrete border and accurate weight to guard against counterfeits, which made it very popular.