Alternative Airlines allows you to search for and pay for your flights in Turkish lira (TRY). Complete a search on our website and complete the entire booking process with prices in Turkish lira.

How to Book flights in Turkish Lira

Search for and book flights in Turkish lira with two easy-to-follow steps.

Use Alternative Airlines' currency changer (found at the top of the page) and select Turkish Lira.

Fill out where and when you want to fly and click 'search flights'.

On the flight search results page, all prices will automatically display in TRY/TL. Continue the booking and follow the steps on the next pages to complete your flight purchase in Turkish lira. 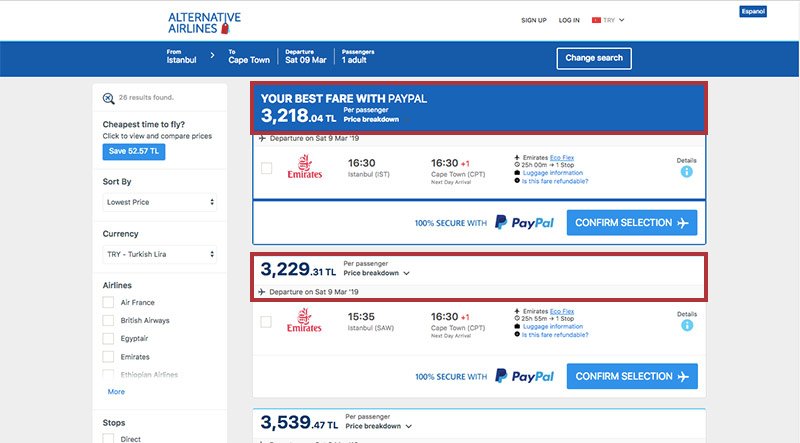