Make a Citilink Booking and Find Some Amazing Deals

Citilink flies to many destinations within Indonesia, as well as a small number of international destinations.

Passengers are entitled to one piece of carry-on baggage and one small personal item weighing no more than 7kg collectively.

Online check-in opens 48 hours before the flight and closes two and a half hours prior to scheduled departure.

Visit the airport check-in counters to check in, which open two hours before departure and close 30 minutes prior.

Economy Class is Citilink's only cabin class. Economy is split into two sections, the 'Regular Zone' and the 'Green Zone'. While the Green Zone isn't technically another cabin class, it's more comparable to other airline's Premium Economy cabin than it is to Economy Class.

Economy Class Regular Zone passengers are given a free baggage allowance of 20kg, depending on the fare rule chosen. In-flight meals are not provided for free. However, meals are available to purchase pre-flight and meals and snacks can both be purchased onboard.

Most Citilink flights are set out in a 3 x 3 formation. Headrests are not adjustable but the seats are reclinable.

While Citilink doesn't have Premium Economy Class, it does offer a separate 'Green Zone' in its Economy Class, which takes up the first five rows of the cabin.

Citilink's Green Zone takes up the first five rows of the aircraft, which allows passengers to disembark the aircraft quicker than those in the Regular Zone. In addition, passengers are entitled to the same baggage allowance as Economy Class passengers.

On some domestic flights, Green Zone passengers are given a complimentary snack and drink.

Green Zone seating is set out in the same 3 x 3 formation as the rest of the aircraft. However, passengers with a Green Seat are given extra room. The Green Zone and Green Seats are easily identifiable by their green headrests.

As a low-cost airline, Citilink doesn't have a First Class cabin.

Alternative Airlines offers you Citilink flights in English. Flying around Indonesia? We offer you the best and safest booking service in English when booking your flights. Choose from multiple Indonesian airlines and make your booking completely in English.

This airline’s frequent flyer program is called Garuda Miles to reward its regular passengers. Passengers will earn mileage points for flights, privilege to enjoy Super++service and 5% off return flights.

Enjoy grabbing a discounted flight ticket with Alternative Airlines, with the wide range of PayPal travel coupons on offer! Pay with PayPal and get a discounted airfare with a promo code.

Soekarno-Hatta International Airport is the main airport serving Indonesia's capital, Jakarta. The airport operates as a hub for Garuda Indonesia, but also for Batik Air,  Indonesia AirAsia, Nam Air and Lion Air. The airport has two runways and handles around 65 million passengers a year. 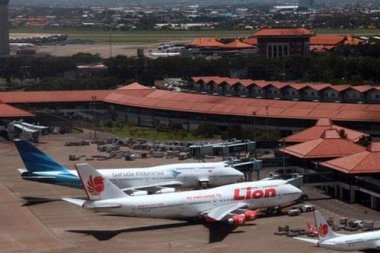