Contour Airlines is the scheduled service brand of Corporate Flight Management Inc. The airline is a regional airline based in Smyrna, Tennessee, in the United States.

Contour Airlines began operating in 1982, providing on-demand charter service for passengers as well as cargo freight services in the southern United States. Its main base is at Smyrna Airport.

Each passenger is allowed, free of charge, one complimentary piece of checked baggage.

The dimensions of checked items may not exceed 90 inches in overall length, width and height, nor exceed 50 lbs.

Additional checked items will be subject to an Excess Baggage Fee of $20.00, each way.

Each passenger is allowed, free of charge, one complimentary piece of carry-on baggage, as well as one small personal item.

In addition to a carry-on bag, passengers may bring one (1) personal item such as a purse, laptop, reading material, umbrella, backpack or camera case.

Check-In at the Airport

Contour recommends arriving at the airport at least 60 minutes prior to departure.

The airline offers one class of seating: Economy

The airline operates a full service product that includes a complimentary first checked bag (see baggage allowance information above) as well as snack and beverage service. Passengers can choose from cold beverage, including soft drinks, water, or juice, which is served with complementary pretzels.

Contour operates a growing fleet of Embraer regional jets. These aircraft feature leather seating with expanded legroom in every row.

ERJ-135: each passenger has access to a window or aisle seat due to the three-abreast configuration. Passengers also enjoy class leading legroom, which is actually on par with the first-class offerings of major airlines with similar aircraft types.

Jetstream 31/32: this airline is used for short-haul/regional operations. While the aircraft was designed to seat 19 passengers, Contour airlines has reduced that number to a 9-seat configuration with 60” seat pitch for maximum passenger comfort.

Seven airlines serve or plan to serve the airport as of febrero 2019 with non-stop flights to Denver, Los Angeles, and San Francisco by United Airlines; Portland and Seattle by Alaska Airlines; Phoenix and Dallas/Fort Worth by American Airlines; Denver by Frontier Airlines; Minneapolis by Sun Country Airlines; Oakland, Sacramento, and Las Vegas by Contour Airlines, and Salt Lake City by Delta Airlines.

To find out more about each airline, follow the links below! 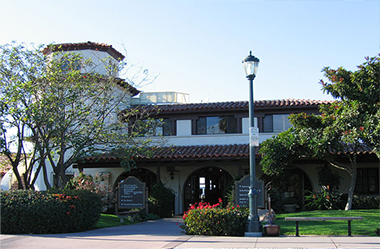