Make a Corendon Airlines Booking and Find Some Amazing Deals

The airline has two subsidiary airlines — Corendon Airlines Europe, which is based at Malta International Airport and opened a new base at Cologne Bonn Airport in mayo 2019.

Any passengers who are parents to children under the age of 2 are permitted to carry a diaper bag onboard the flight with them.

Musical instruments that don't exceed 100cm in length are allowed onboard instead of hand luggage.

Separate from regular hand luggage, passengers are entitled to bring a handbag, document bag, camera bag or laptop case on board with them.

Corendon Airlines offer their passengers the option to have an in-flight meal onboard some of their flights. The in-flight meals will be dependent on the airport and health & safety conditions.

Antalya Airport is located in Antalya, Turkey and the airport is operated in Turkey’s primary holiday destination located on the country’s Mediterranean coast. The Airport has two international terminals and one domestic terminal. The airport acts as a hub for Andolujet, Turkish Airlines, Corendon Airlines, Freebird Airlines, Pegasus Airlines and SunExpress.

The Airport has three runaways and can handle a capacity of 30 million passengers every year. 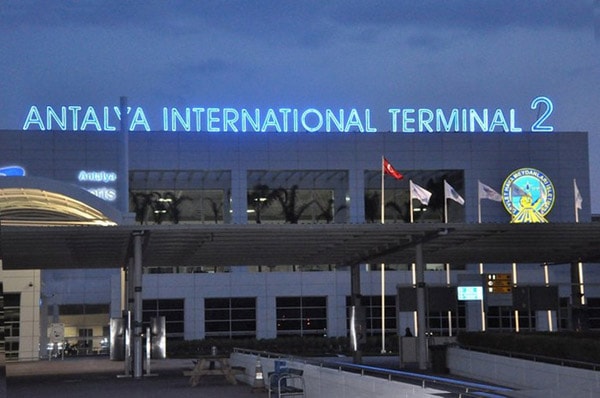 Corendon Airlines gets going to the Gambia

Corendon Airlines has commenced flights between Düsseldorf, in Germany, to Banjul, in the Gambia. Launched 17 abril, the carrier will offer a weekly (Thursdays) service. There will also be a scheduled service (on Wednesdays) from Frankfurt, also to the African city. Finally, the carrier also added a new link from Hannover, in Germany, to Rhodes, in Greece, also to be served weekly on Wednesdays.