Corendon Airlines Europe was created so that Corendon Airlines could expand their flight network across Europe, with big European cities such as Berlin, Munich, Bucharest and Tel Aviv being targeted as priority destinations. The airline received its very first jet — a Boeing 737-800NG — in early 2017 and used it to operate its inaugural flight between Malta International Airport (MLA) and Naples International Airport (NAP) later that year.

Corendon Airlines Europe allows passengers to check-in online from 48 hours prior to departure and also give the option to request a meal or choose a seat on the aircraft from 6 weeks before your departure.

Passengers should arrive at the airport at least two hours before their Corendon Airlines Europe departs if they're checking in at the airport. Check-in desks close 45 minutes before the flight leaves at the very latest.

Corendon Airlines has only one class cabin on their planes: Economy.

However, passengers can purchase different ticket types for this class: Eco, Flex or Premium

Eco: In the eco fare, passengers can choose to pay only for what they want, keeping flight prices down. In this class, passengers have the allowance of one cabin bag of 8kg, but no hold luggage or sports equipment. Hold baggage can purchase as an additional item.

The Flex fare includes more than the eco fare, meaning you don’t have to worry about things such as baggage. In this fare, passengers get 20kg of hold luggage in addition to the 8kg of cabin baggage that is included in the Eco fare.

Premium fare provides a carefree flight, with passengers allowance of hold baggage going up to 30kg, in affection to the 8kg hand luggage allowed in the other two lighter fares. Passengers can also select their seat for their flight and choose their meal for their flight, free of charge!

The airline is based at Malta International Airport, which is the only airport in Malta and it serves the whole of the Maltese Islands. The airport has a single passenger terminal and became operational in marzo 1992. The airport serves as the main hub for Air Malta and Medavia besides being a base for Ryanair. 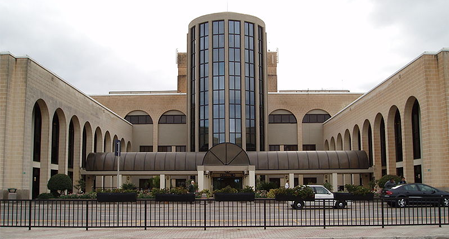