Search and Buy Flights to Creamfields 2023

Looking to attend Creamfields in 2023, or find out more about the event?

Creamfields is an electronic dance music festival series that is organised by the British club promoter 'Cream'. The festival takes place internationally and within the UK - the UK editions take place on the late May Bank Holiday weekend and the August Bank Holiday weekend. The first ever Creamfields festival was held in Winchester, England, in 1998, before moving to Cream's home city of Liverpool and eventually moving to its current location on the Daresbury estate in Cheshire. The festival is a four-day event and has had an attendance of over 280,000 in previous years. Creamfields celebrated its 25th anniversary in 2022 by launching a second festival in the UK - Creamfields South. 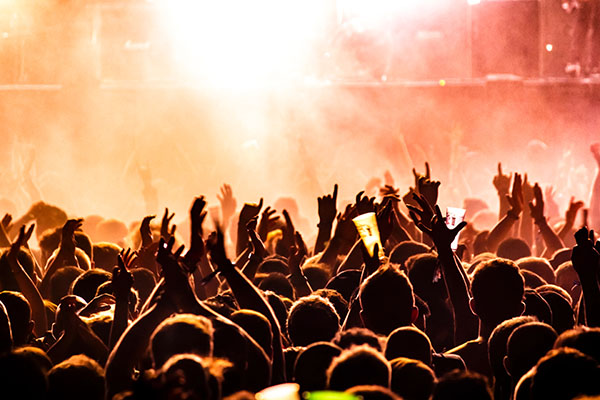 If you're flying to Creamfields North from within the UK, you can fly to Manchester. Airlines that fly to Manchester Airport include easyJet, Lufthansa, Ryanair, Wizz Air, British Airways, Emirates, Virgin Atlantic and more. It's a quick 20-minute drive away from the airport and there's also public transport available with journeys of up to 2 hours. Having Manchester so close to the venue means there are plenty of choices for hotels or other forms of accommodation as well as places to eat, shopping districts and tourist attractions.

Flying to Creamfields South from within the UK is just as easy. Airlines that fly to Stansted include EasyJet, Emirates, Jet2.com, Ryanair, TUI Airways and more. It's roughly a 35-minute drive to Hylands Park from London Stansted. Shuttle services are also available with journey times of up to 1.5 hours from both airports. You've also got London nearby with plenty of tourist attractions and sights to see.

Flying Internationally into the UK

If you're flying into the UK for Creamfields, you'll need to fly into Manchester Airport for Creamfields North and London Heathrow or London Gatwick for Creamfields South. A broad range of major airlines flies into all of these airports frequently including American Airlines, British Airways, Delta, United, Saudia, Qantas, ITA Airways and more. Transport is straightforward from both London airports - it's either a 1-hour drive around the M25 or up to 2 hours via public transport.

Manchester Airport (MAN) is an international airport in Manchester, England. The airport operates domestic and international flights and comprises of 3 passenger terminals with 2 runways. It's 18 miles away from the Daresbury Estate resulting in a short 20-minute drive on the M56 in the car/taxi or a 2-hour ride on multiple buses. The airport is ideal for those flying domestic within the UK to reach the festival, mainly from London, Dublin, Aberdeen, Southampton and Newquay. It's also the best airport to fly to if you're coming from outside of the UK. Manchester has plenty of accommodation, shopping districts and sights to see.

London Stansted Airport (STN) is an international airport located in Essex, England. It's approximately 42 miles away from Central London and services over 160 destinations across Europe, Asia and Africa. The airport is 18 miles away from Hylands Park where Creamfields South is being held - this is around a 35-minute drive away by car/taxi or up to 2 hours by public transport.

London Heathrow Airport (LHR) is a major international airport in London, England. Located 46 miles away from Hylands Park, it's not the closest airport to the Creamfields South 2023 venue however, being one of the busiest airports in the world, it services airlines that travel to all six continents and is the best option for international Creamfields fans. Heathrow is roughly a 1.5-hour drive away from Hylands Park by car/taxi. Public transport is also available with journey times of up to 2 hours.

London Gatwick Airport (LGW) is a major international airport based in West Sussex, England. Prior to COVID-19, Gatwick was classed as the second-busiest airport in the UK after Heathrow. The airport is 55 miles away from Hylands Park and a 1-hour drive around the M25 by car/taxi. Public transport is also available but journey times can last up to 2.5 hours so it's recommended that you book a taxi to get to the venue.

Creamfields South 2023 is scheduled to take place from 26th - 28 mayo 2023. A date has not yet been set for Creamfields North 2023, however, based off of previous years, it will likely be held over the last weekend of August.

Where can I book flights to Creamfields 2023?

Can I buy flights on finance?

Of course! At Alternative Airlines, you can book your flights for Creamfields 2023 today and spread the cost of your tickets over time. We have over 40 different ways to pay including 'Buy Now, Pay Later' payment plans such as Klarna, Afterpay, Clearpay and PayPal Credit. Read our guide on all of the finance options we offer to find out more.