Make a Donghai Airlines Booking and Find Some Amazing Deals

Donghai Airlines is a Chinese airline headquartered in Shenzen, Guangdong in China and was founded in 2002.

Donghai Airlines flies to 45 cities and 37 of them are in China, these cities include Shenzhen, Ningbo, Dalian, Harbin, Hailar Nanjing, Changchun, Kunming, Haikou and Shenyang, Manila, Hong Kong, Ho Chi Ming City, Chengdu, Shanghai, Beijing, Hangzhou, Wuxi and more. The airline was first launched as Jetwin Cargo Airline in 2005 and has frequently changed its name since and in 2010 it officially became Donghai Airlines. The airline's main hub is in Shenzhen Bao'an International Airport (SZX) and its parent companies are Sichuan Airlines, Shenzhen Donggang Trade, Donghai United Group and Yonggang.

In 2015 the airline increased its operations to include long-haul and international flights within the next 8 years intends to have an aircraft base of 120 by 2025. Donghai Airlines plans to offer features such as large stow bins, dimmable windows, lower cabin altitude and modern LED lighting as well as a comfortable, smooth journey for the passenger.

Find flights around China in English with Alternative Airlines. We offer Donghai Airlines flights in English so that you can have the easiest booking experience possible. We want our customers to have a stress-free flight reservation that's why we have an excellent customer service team here to help you with any of your queries.

Donghai Airlines is part of the SeagullsClub offering passengers many benefits such as an exceptional lounge service, buy products and services with earnt travel miles.

Passengers flying Economy or First Class on Donghai Airlines are entitled to one piece of 5kg free carry-on baggage per passenger.

The following baggage rules apply for both international and flights operated by Donghai Airlines.

No one piece of baggage can weigh more than 32kg and must fit within the overall dimensions of 158 cm. 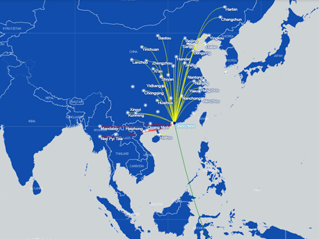 The airport serves as an Asian-Pacific cargo hub for UPS Airlines, has 2 runways and a new terminal that recently opened in 2013. The airport is known to be one of three largest airport hubs in Southern China, near Hong Kong International Airport and has handled over 26 million passengers since opening in 1991. The airport also has direct ferry routes, allowing passengers to transit without going through custom or immigration checks. Other airlines that fly to the airport include Hebei Airlines, China United Airlines and 9 Air. 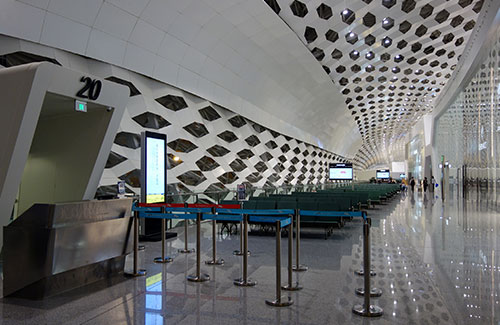 Donghai Airlines fly to Myanmar twice a week from next month

Donghai Airlines will add a new route to its network that will see the airline fly between China and Myanmar twice a week. Donghai Airlines will fly between Shenzhen Bao'an International Airport (SZX) and Mandalay International Airport (MDL) using a Boeing 737-800. The airline will operate its inaugural flights on 9 julio of this year. The flight is expected to take 3 hours.