As of result of COVID-19 pandemic, the Cathay Pacific Group has decided to suspend Cathay Dragon operation on octubre 2020. However, passengers can still travel with its parent company, Cathay Pacific Airways, which operates both regional and international flights from Hong Kong.

Cathay Dragon (previously known as Dragonair) was an airline headquartered in Hong Kong, China. It's a subsidiary of Hong Kong's national airline, Cathay Pacific and focused on offering flights across the east and south of Asia, flying to more than 50 different destinations overall.

Throughout the years Cathay Dragon rapidly expanded its international route network and used to fly to destinations outside of east and south Asia, including to destinations such as Amsterdam, Frankfurt, Dubai and New York City. However, in recent years before operation was suspended, it decided to scale back on its long-haul flights and solely focuses on domestic flights within China and flights within Asia.

Cathay Dragon had an all-Airbus fleet, with planes from the Airbus A320 and Airbus A330 families. Overall, the airline had over 45 aircraft within its fleet. The airline also has a larger order of Airbus A321neos which is expected to replace its current generations of Airbus A320ceos.

Cathay Dragon flew to more than 50 destinations, with over 20 domestic routes and over 30 international routes.

Passengers were given one free item of carry-on baggage and an additional small item, regardless of which cabin class they're flying in.

The combined weight allowance for the carry-on baggage and small item is as follows:

Oneworld Alliance and Marco Polo Club members might be given extended baggage allowances, depending on their membership level and the cabin class that they're flying in.

Passengers were given a free checked baggage allowance of:

No one bag can exceed 32kg in weight and the overall dimensions can be no larger than 203cm.

Airport check-in could be completed by visiting one of the Cathay Dragon/Cathay Pacific check-in agents at the check-in desks. 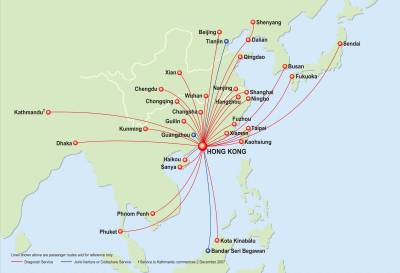 Hong Kong International Airport is the main airport of Hong Kong, which is on the island Chek Lap Kok. It's the hub airport of Cathay Dragon, as well as for Cathay Pacific, Air Hong Kong, Hong Kong Airlines, Hong Kong Express Airways. It's also a focus city for China Airlines, China Eastern Airlines, Singapore Airlines, Ethiopian Airlines. The airport has two runways and handles around 70 million passengers each year.

Business Class was the perfect cabin class for those looking to work or relax with a heightened level of service from the airline.

Business Class seats come fitted with a personal monitor for passengers to enjoy the airline's inflight entertainment system through. Business Class seats are wider and give more legroom than seats in Economy Class, with an extended headrest and leg rest.

First Class was Cathay Dragon's most luxurious cabin class with the most personalised.

What Does First Class Include?

Each First Class seat completely adjusts as a semi or fully-flat bed for ultimate relaxation. Seats were made from soft fabrics and leather for comfort and are reclinable via a personal controller. Each seat came fitted with a personal monitor, with access to Cathay Dragon's inflight entertainment system.

The Wing, First Class lounge was located in the South departures hall of the airport and has an exclusive champagne bar, a fine-dining restaurant and a private sanctuary.

The Pier, First Class lounge was located at Terminal 1and has an in-lounge spa, a restaurant with an a la carte menu and a cocktail bar.

Passengers could enjoy movies, TV and music through Cathay Dragon's in-flight entertainment system, StudioKA. StudioKA is updated each month with new content and was available on both short-haul and long-haul flights.

Passengers in Economy Class could access the in-flight entertainment with their own personal electronic devices, whereas passengers in Business Class and First Class had a television monitor fitted into the back of the chair in front of them with StudioKA built-in.

In addition to StudioKA, passengers could enjoy a range of newspapers and magazines provided by the airline.

Cathay Dragon offered meals and snacks to all passengers during the flight. The Economy Class and Business Class menus had a selection of food made from locally sourced and sustainable ingredients. The First Class menu was made in partnership with Michelin-starred chefs from around the world. Each menu comes with an extensive drinks list, with fine wines and spirits offered in the higher-tier cabin classes. 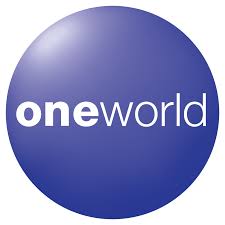