Looking to book flights for Easter? This guide provides information on getting the best deal for Easter flights in 2020, with tips for travelling over the Easter period.

Flights for the Easter Holidays

Easter is a great time to take a well-deserved spring break, falling within the shoulder-season of some of the most incredible destinations around the world. Whether you are looking to buy domestic flights to fly back home to spend Easter with your family, or to make most of the national holiday and escape for an exotic vacation, you’ll be sure to find the best flights for you with Alternative Airlines.

Easter is one of the most significant and oldest festivals of the Christian Church. The festival celebrates the resurrection of Christ and is held between 21 marzo and 25 abril, on the first Sunday after the first full moon following the northern spring equinox. 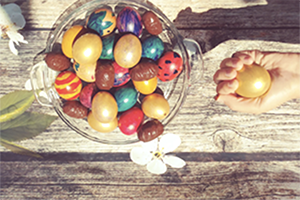 What are Easter flights?

Easter flights are not just those which fly on Easter Sunday. They can be flights departing anytime over the Easter period, generally the two weeks surrounding the weekend. Spring break and Easter is one of the most popular times to travel before the summer break. During this time, there are often school breaks and national bank holidays, meaning a greater demand for flights.

When is the best time to fly for
Easter

Is it cheaper to book your Easter flights last minute?

Sometimes it can be cheaper to book your flights last minute because an airline might sell seat tickets for a cheaper price if there is still availability on the plane. However, this is not guaranteed. Infact, sometimes airlines will raise the prices to make last-minute flights more expensive, reflecting the increase in demand during peak travel periods such as Easter and Christmas.

1. If you can be flexible, consider booking your flight at less popular travel times. Instead of departing on a weekend, for example, consider flying mid-week. Doing so could dramatically reduce costs!

2. Is it actually cheaper to book flights on a Tuesday? How far in advance should you book your Easter flights? To help you decide when the best time to book your flights is, check out our blog: The Cheapest Day to Buy Flights

3. Search for flights with a low-cost carrier. No matter where you are planning on heading, long-haul or short-haul, it's very likely that there will be a low-cost carrier option. Flying low-cost means services such as inflight meals, extra baggage allowance and priority boarding are not included in the price of the ticket, helping to reduce costs. Did you know, you can filter your search by airline when you book through Alternative Airlines?

Take a look at some of our favourite cheap Easter destinations with details on how to get there.

Easter is a brilliant time to visit New York. Things get tropical at New York’s Botanical Garden just in time for spring, and the baseball season gets going. Not much can beat strolling through beautiful Central Park in the warm sun with a cup of coffee in hand.

How can I get to New York for my spring break vacation?

Weather is notoriously unpredictable in the UK, but Easter is a fantastic time to visit, with warmer temperatures, beautiful blossom, and a wonderfully joyful atmosphere. There are easter egg hunts in London’s parks, bank holiday parties and lots of hotel deals.

How can I get to London for my spring break vacation?

Jamaica is the perfect destination in spring, with beautiful beaches and relaxed party atmosphere. If you're able to get away for a week or more, there is so much adventure awaiting you in Jamaica. Fly to Montego Bay where you'll discover a popular amusement part and loads of beach-side resorts.

How can I get to Montego Bay for my Easter break vacation?

The closest major airport to Montego Bay is Sangster International Airport (MBJ), which is only about a 20-minute drive away. Fly with airlines including Sunwing Airlines, Tui Airways, WestJet, Delta Air Lines, Eurowings, Condor, Air Canada Rouge, and Air Transat.

Barcelona is one of Spain's most attractive cities for weekend break. Stroll through Gaudi’s iconic modernist architecture, such as Sagradia Familia, take in some shopping at the colourful Mercado de la Boqueria, or hit Barceloneta white sand beach. Visitin in the shoulder season of March is one of the best times to visit, as the temperatures warm and the city comes to life.

How can I get to Barcelona for my Easter break vacation?