Will Airlines Use Electric Planes in the Future?

Will Airlines Use Electric Planes?

What are Electric Planes?

An electric plane, also known as an e-plane, is an aircraft that is powered by electricity, usually with one or more electric motors that power the propellers or turbines on the plane. The most common way that electricity is supplied to an electric-powered aircraft is through batteries.

Since the 1970s, electric-powered model aircraft have been in existence, but what about electric-powered commercial aircraft? As of 2022, there have been over 100 designs for electric aircraft to be developed worldwide in the coming future, completely changing the way we approach aviation and travel. 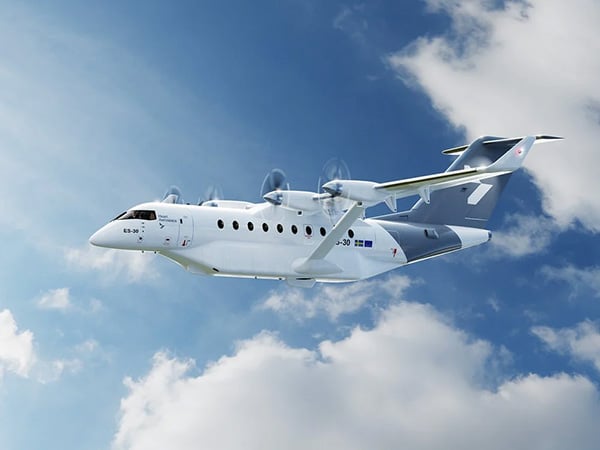 Aircraft engines currently produce gases, noise and other harmful particulates that have a negative impact on the environment, further contributing to climate change. With growing concerns about climate change in recent years, the aviation industry is looking to push the design and development of electric aircraft that will produce zero emissions.

From 2013 to 2018, emissions produced from commercial air travel increased by over 30%. To counter this, an electric aircraft will produce zero emissions and less CO2, aiding in the reversal of climate change.

Electric aircraft will require fewer parts, less maintenance and less fuel compared to traditional commercial aircraft. All of these factors will reduce the cost of your ticket and make short-haul and medium-haul flights easier for airlines to sell.

Several airliner projects are being carried out across the globe, working towards the mission of designing and manufacturing electric aircraft that can be used commercially without having a negative impact on the environment. Below are some of the most significant electric aircraft projects:

In 2017, EasyJet and Viva Aerobus announced they would be developing an electric 186-seater commercial aircraft in partnership with Wright Electric that could possibly be ready for manufacture by 2030. The aircraft, which will be called Wright-1, is expected to be powered by batteries and be able to operate flights with a maximum range of 800 miles. Wright Electric also plans to produce an electric 100-seater, the Wright Spirit, by 2026.

Swedish start-up, Heart Aerospace, is currently developing a regional electric aircraft, the ES-30, with a seating capacity of around 30 passengers. The e-plane will be driven by electric motors powered by batteries. The ES-30 project is being backed by United Airlines and Air Canada. Air Canada has put in a purchase agreement for 30 ES-30 aircraft which are expected to be delivered and in service by 2028.

Based in Toulouse, France, Aura Aero's mission is to contribute to the decarbonisation of all aircraft. To achieve this, they've designed the ERA, a 19-seater electric regional aircraft which is expected to take its first flight in 2024 and officially enter service by 2027.

Which Airlines Plan to Use Electric Planes?

Alongside United Airlines, Air Canada has also put in an order for around 30 electric aircraft currently being developed by Heart Aerospace - these are expected to be in service by 2030.

EasyJet is working with Wright Electrics in the development of the Wright 1, an electric 186-seater aircraft that is expected to enter service by 2030. However, there have not yet been any announcements on whether EasyJet has put in any orders for this e-plane.

As well as EasyJet, Viva Aerobus also partnered up with Wright Electrics in the development of the Wright Spirit electric commercial aircraft which will be able to seat 100 passengers. Viva Aerobus aims to be the most eco-friendly airline in Mexico with this project, however, it hasn't announced any purchase orders for this e-plane just yet.

Can I buy flights on an electric aircraft?

Not yet, but electric planes are coming sooner than you think! The development of electric commercial planes that can carry the same capacity of passengers as existing commercial planes is currently in progress, so you can expect to be able to purchase flights on electric aeroplanes by the end of the century with airlines working on major e-plane projects like United Airlines, Air Canada, EasyJet and Viva Aerobus.

How will electric commercial planes work?

The various electric aircraft being designed and developed for the future will most likely be powered by electric motors that receive power from batteries. Electric commercial planes will have their limitations; one of these is that they won't have a huge range of travel so will most likely be used for domestic or regional short-haul flights. However, the e-plane will actually be cheaper to run and maintain, resulting in cheap flight tickets. Electric planes won't require any fuel and will produce zero carbon emissions, contributing to the reverse of climate change.

How can I travel sustainably on my flights?

Sustainable travel is still achievable even without flights operated by electrically-powered aircraft. Carbon offsetting is one way to travel sustainably - Alternative Airlines recently partnered with Chooose, a leader in technology-based climate action headquartered in Norway. When you search for flights through Alternative Airlines, you can offset your carbon emissions for your air travel via high-impact offset projects from around the world, powered by Chooose. This feature is coming soon on our website.

You could consider flying with airlines that offer plastic-free flights or airlines that operate flights on biofuel. You can also take a look at our guide on the most eco-friendly airlines in the world to see what else airlines are doing to reduce the environmental impact the aviation industry has on climate change. If you'd like to try and travel more sustainably, we recommend reading our blog post on how to fly more eco-friendly for handy tips and tricks.