Learn what fare families are and how you can upgrade your fare easily with Alternative Airlines.

What are fare families?

Fare families refer to a group of different travel options that are included within the price of your ticket when you purchase a flight. This can include options such as a larger baggage allowance, the ability to change the date of or refund your ticket, seat selection and more.

Traditionally, airlines used to have a single 'basic' fare that would usually include baggage, seats and other add-ons. Today, a lot of airlines 'unbundle' their fares, which means that baggage, seats and other add-ons are not included within the basic fare. Instead, the airline offers different tiers of fares, which are called fare families. The higher and more expensive tier of fare you choose, the more travel options are included within your ticket. 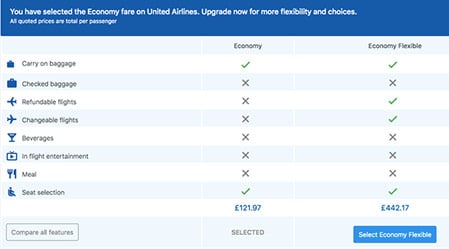 Different airlines have different names for the different types of fares that they offer.

Here's an example of the different travel options you might find when comparing two sets of fares in fare families:

At Alternative Airlines, you can choose to upgrade your fare on many different airlines during the booking process.

How are fare families different to cabin classes?

Cabin classes, i.e Economy Class, Premium Economy, Business Class and First Class are different from fare families. Cabin class refers to the section of the plane that you're sitting in, whereas fare families refer to the different fares and travel options within those individual cabin classes.

For example, within Economy Class the airline might offer three different types of fares:

Fare families almost always refer to the fares within Economy Class. This is because the premium cabin classes (such as Business and First Class) already include all the extra travel options that you'd get from the high-tier fares in fare families.

How to upgrade your fare family with Alternative Airlines

Use Alternative Airlines search form to select the destinations and dates that you want to fly on.

This page will display all flights for your chosen destinations and date. Any flight where a fare family upgrade available will have the 'fare upgrade' icon on the bottom left of the selection. Find the flight suitable for you. 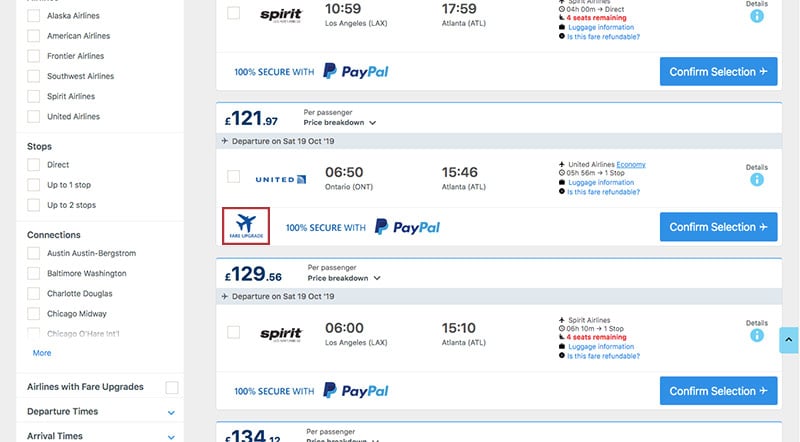 Once you've selected your flight that you want to purchase, confirm your selection. 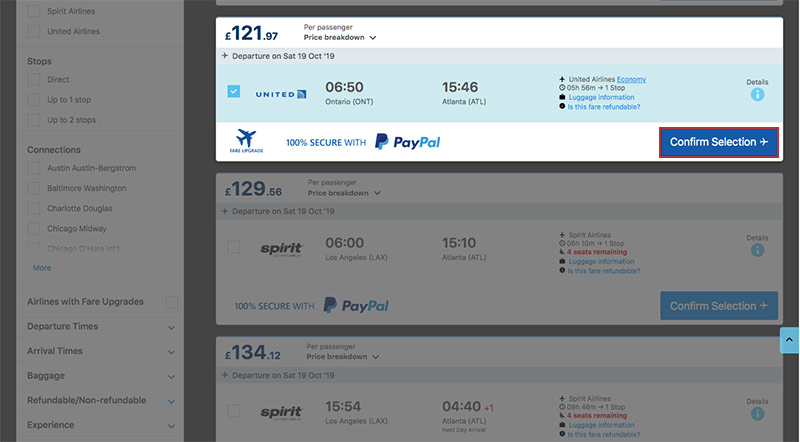 On this page, you'll be able to see what fare upgrades are available. In this example, there's one upgrade available — Economy to Economy Flexible. However, with other flights, there might be more upgrade options.

Click on 'Compare all features' to see what else is included in each fare. 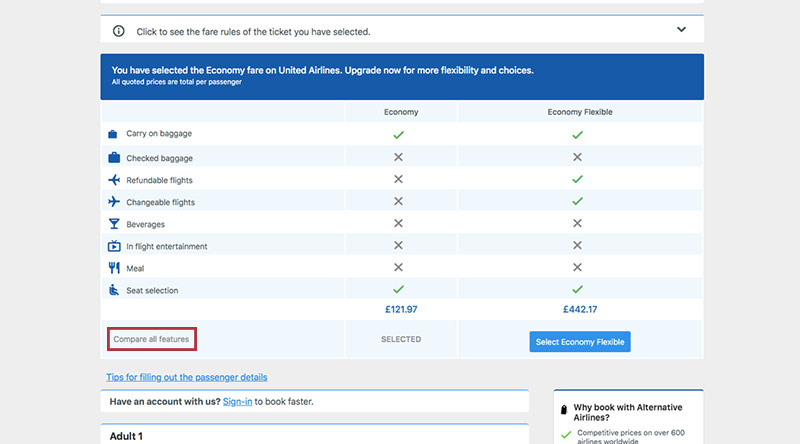 A pop-up will show all features that are available with each fare, including what's available to purchase at check-in when at the airport.

Once you've finished comparing all features, close the pop-up by clicking the 'x' in the top right of the pop-up.

Your upgraded fare will now be selected with the new flight options and price — all that's left to do is fill in the rest of your details and complete your payment. 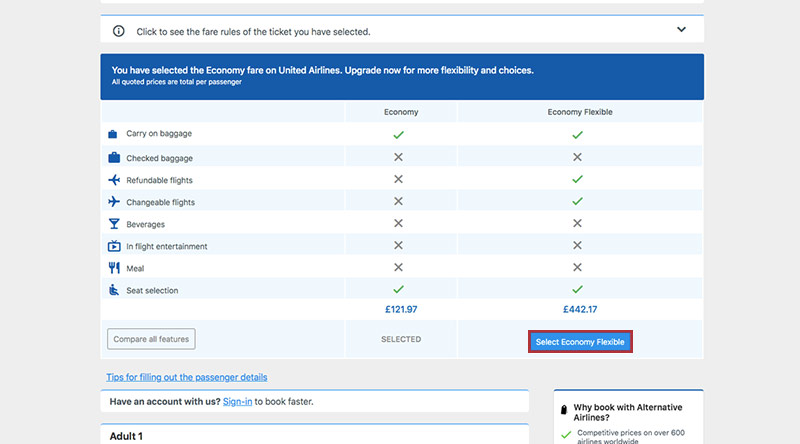 Which airlines are fare upgrades available on?

You'll always be able to spot which flights have fare upgrades available by the 'Fight Upgrade' icon, as seen below.