Make a Federal Airlines Booking and Find Some Amazing Deals

Federal Airlines, also known as FedAir, is a South African airline operating scheduled and charter flights on the African domestic network. Federal Airlines fly to many destinations including Kmia, Phinda, Ulundi, Durban, Madikwe, Maun, Windhoek and many others. Federal Airlines offers daily shuttles to South Africa’s most popular safari reserves. This includes luxury safari lodges based in Sabi, Kruger, Timbavati, Phinda and Madikwe. The airline operates under the airline code 7V for IATA and FDR for ICAO.

Carry-on baggage is restricted to one piece of hand baggage weighing no more than 5kg. Cases with hard shells are not allowed on the aircraft. The suggested luggage size is 40cm x 30cm x 60cm (16in x 12in x 24in).

If your baggage exceeds the hand baggage requirements, the airline offers a complimentary luggage storage facility for return flights. 60kg of extra baggage allowance can be obtained by purchasing an extra airline seat.

If you contact the airline before travelling, giving details of your connection times, there will be a complimentary meet and greet service at the airport where you will be taken to the plane. This is part of the charter flight service that federal airlines offer.

Due to the nature of the flights operated by Federal Airlines, it is unlikely that food or drink will be served in flight. However, you can take advantage of the freshly catered canapés, breakfast muffins, pastries and fresh fruit that is available all day inside Federal Air's dedicated lounge before boarding your flight. Federal Air's flights are designed for sightseeing therefore meals may not be provided on board.

You can often spot wildlife out of your window upon arrival in the game reserve.

The complimentary lounge is decorated in the style of a luxury safari lodge making you feel as though your safari experience has already started. Both the interior and outside garden are designed to look like a game lodge with all the same 5-star amenities that you would expect from a lodge.

Enjoy comfortable and spacious seating with a good amount of legroom. The team will be on-hand to load your baggage and help you board. 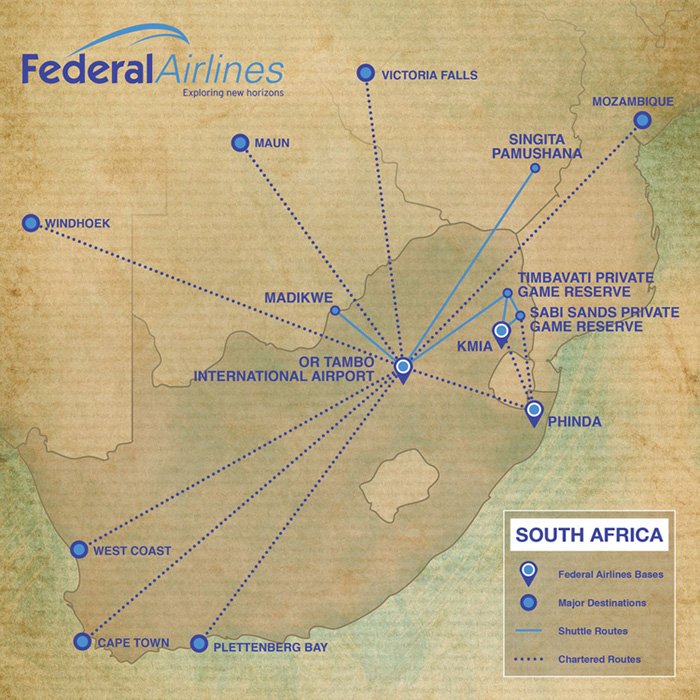 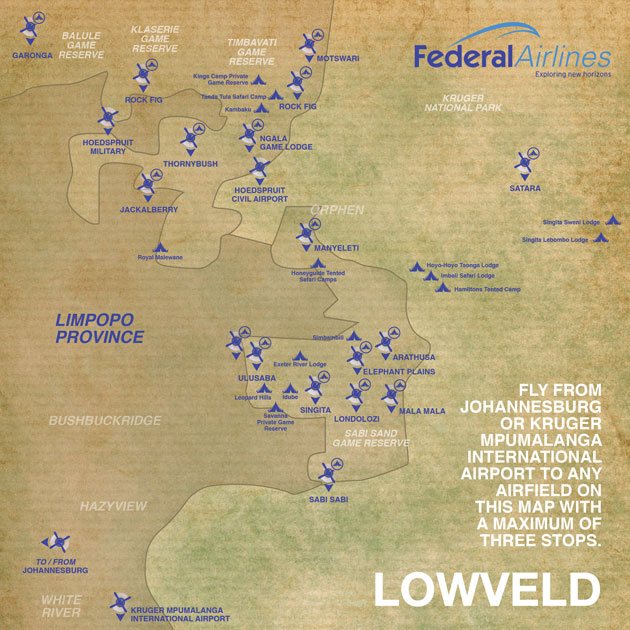 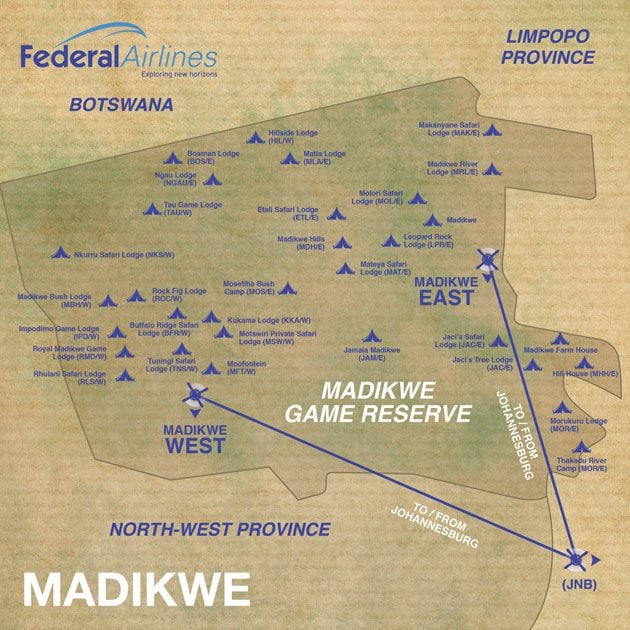 Please click on the logos below to find out more about airlines that fly similar routes to Federal Airlines: