Make a First Air Booking and Find Some Amazing Deals

First Air, also known as Bradley Air Services Limited, is an airline headquartered in Kanata, a suburb of Ottawa, Ontario, Canada. The airline operates services to 34 communities in Nunavut, Nunavik, and the Northwest Territories and its main base is located at Ottawa Macdonald-Cartier International Airport. Other hubs include Rankin Inlet Airport, Iqaluit Airport and Yellowknife Airport. First Air Canada offers flights to a number of destinations in the Arctic.

First Air has codeshare agreements with Air Greenland, Calm Air and Canadian North. The majority of its fleet is available for charters worldwide and consists of Aerospatiale and Boeing 737. In 2016 First Air/Bradley Air Services celebrated its 70th anniversary, and is the oldest airline in Canada still operating under its original name. First Air is a wholly-owned subsidiary of Makivik Corporation since 1990. Makivik Corporation was established in 1978, by way of special legislation of the Province of Quebec that gave the corporation the mandate to receive and administer compensation monies on behalf of the Inuit of Northern Quebec and to oversee the proper implementation of the James Bay and Northern Quebec Agreement (JBNQA). The JBNQA was signed in 1975 and was the first of Canada’s Aboriginal land claim settlement agreements.

First Air Canada passengers are permitted one piece of hand luggage with a maximum weight of 10kg and with total dimensions of no more than 10in x 18in x 22in (26cm x 46cm x 56cm).

Online check-in is available via the First Air Canada website where you can book pre-reserved seating at no additional charge.

Customers checking in at the airport are required to check in at least 60 minutes before the scheduled departure time.

Use PayBright for First Air Flights

Economy Class is the only cabin for this airline, meaning all passengers have the same cabin experience.

Although no in-flight entertainment system, the airline does give passengers a selection of reading material, including its latest in-flight magazines. 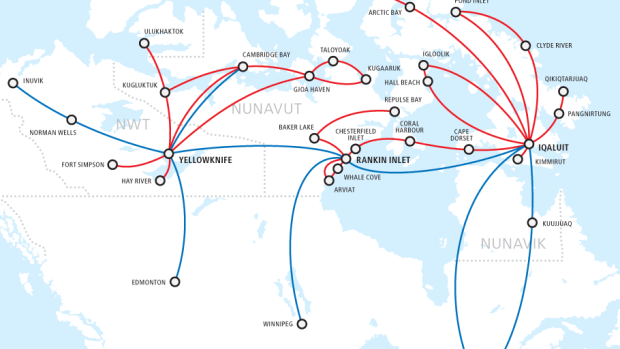 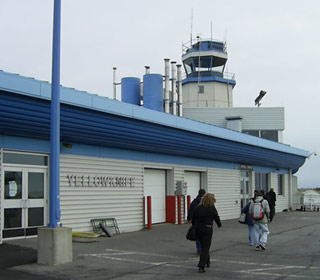 Please click on the logos below to find out more about these airlines that fly similar routes to First Air.

First Air show their funny side!

First Air took to their socials today to show that they had a good sense of humour. Inspired by April fool's day, First Air released a post informing loyal followers of their 'new way' for tourists to experience the Arctic: "First Air is thrilled to announce its plan to launch a new way for tourists to experience the Arctic. Get up close and personal with wildlife and stunning Arctic Landscapes in this fully customized patent pending DroneTour© On sale abril 1, 2018" Of course, this was met well by the airline community.

First Air plan to stomp out the competition by loweing their everyday fare rates to and from the Canadian city of Inuvik! Flights going between Inuvik and both Edmonton and Yellowknife will have record low one-way fares for the airline. First Air hopes that this marketing strategy will help boost passengers on these routes.