Are you a football fanatic, loyally following your team to the Qatari world cup? Don't score an own goal by booking with someone else when Alternative Airlines has never been a better match. We take the stress and confusion out of booking flights and offer a whole host of airlines and payment methods. We currently ticket over 600 airlines making it easy to get you to the Qatar world cup from anywhere in the world. We make paying for our flights really flexible with 40+ payment methods including Visa, Mastercard and Amex. We also offer the ability to 'buy now, pay later' with partners like Klarna, Laybuy, Zip and more, which is great when you need to buy football tickets too! Use our search tool at the top of the page or contact our customer service team to find out more.

About the 2022 Qatar Fifa World Cup

The World Cup is a football event hosted every 4 years by Fifa, the international governing body of football. The event dates back to 1930 where the first world cup was hosted by Uruguay in Montevideo to celebrate the countries centenary of independence. This world cup saw Argentina, Chile, France, Mexico, Yugoslavia, Brazil, Bolivia, Uruguay, Romania, Peru, United States, Paraguay and Belgium play head to head with Uruguay being crowned champions. Since then the competition has ballooned in both popularity and in participants with the most recent world cup in 2018 being held in Russia and competed by 32 different countries. In diciembre 2010 it was announced by FIFA that the State of Qatar would be the next host country of the World Cup after Russia, bringing football fans and teams to the country in 2022.

The Fifa world cup in 2022 is due to be held across 5 cities within Qatar. The cities which are due to host the event will be Doha, Al Khor, Lusail, Al Rayyan and Al Wakrah. This world cup is anticipated to also have 32 competing nations from 5 or 6 confederations, finalised details of all competing countries will be announced nearer the time. Traditionally, the world cup is hosted during the summer months, however, due to Qatari temperatures, it has been decided that the event will run during November and December as temperatures will be lower and more comfortable. 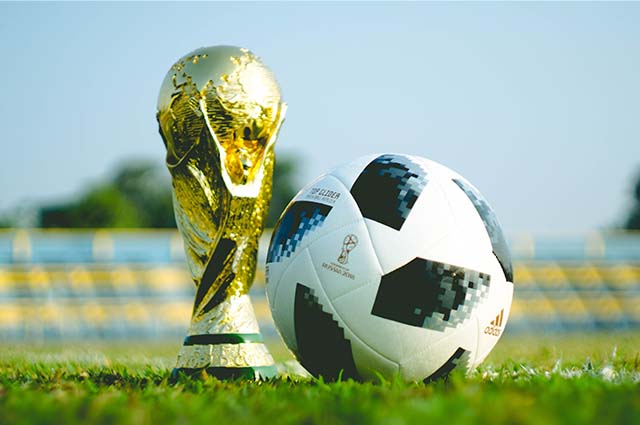 As Qatar is a small nation (just smaller than the state of Connecticut) there are no domestic flights available. The country only has 1 airport that handles commercial flights, making domestic flights unlikely.

Doha Hamad International Airport handles all flights in and out of the country, offering a wide range of airlines and diverse route map. The airport is the hub and base of operations for Qatar Airways which operate to over 150 destinations across North America, Europe, Asia, Africa, Oceania and the Middle East. The airport is well connected making it easy for passengers to arrive from numerous international destinations which is great if travelling for the Fifa World Cup. Some of the destinations offered by the airport include London, Berlin, New York, Montreal, Shanghai, Tokyo, Cape Town, Delhi, Dubai, Lagos, Auckland and more.

Qatar only has 1 airport handling commercial flights, Doha Hamad International Airport. This means that if you are travelling to the State of Qatar via air then you will arrive into this airport. The airport boasts a wide range of international destinations across the Middle East, Africa, Europe, Asia, Oceania and North America. Hamad International is the hub for state airline Qatar Airways which operates to over 150 various destinations making the Qatar Fifa World Cup easily accessible. The airport is connected to the city centre by the Doha Metro's red line making transfers from the airport to the various stadia easy. If you would prefer a private transfer then the airport also has numerous car rental and taxi services. 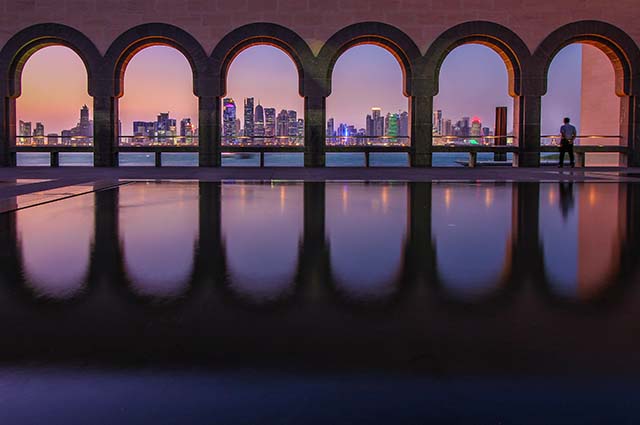 Normally Fifa World Cups are played during the summer months, however, due to the climate and temperatures of Qatar during these months, the competition has been pushed back to the later and cooler months of the year. The tournament will kick off on the 21 noviembre 2022 with the finale being held on 18 diciembre 2022.

Where is the Fifa World Cup in Qatar?

The Fifa World Cup is being hosted by the State of Qatar, across the capital and the surrounding cities of Al Khor, Lusail, Al Rayyan and Al Wakrah. The country has built numerous stadiums to host each football match, so check your tickets to know which one you are visiting. The stadiums which are set to host the various matches include Lusail Iconic Stadium, Al Bayt Stadium, Stadium 974, Al Thumama Stadium, Education City Stadium, Ahmed Bin Ali Stadium, Khalifa International Stadium and Al Janoub Stadium.

How do I get tickets to the Qatar World Cup?

Tickets for the 2022 Fifa World Cup in Qatar are not on sale. Further information about purchasing tickets will be announced by Fifa in 2022. To purchase tickets once on sale please visit the FIFA website or the dedicated Qatar 2022 website.

How do I fly to the Qatar World Cup?

To attend the 2022 Fifa World Cup in Qatar you will need to fly into Doha Hamad International Airport.

It has never been easier to book a flight to the Fifa World Cup with Alternative Airlines. Simply enter your departure airport (the city where you are flying from) and the destination airport of Doha Hamad International Airport (DOH). Next, add the number of passengers who will be travelling, are they adults (12+), children (2-11) or infants (0-1)? You need to tell us which dates you wish to fly and when you want to return as well as the desired class of travel then hit search. Once the results are displayed you will be able to filter these by airline, times, stops, connections, price and more, making it easy to find the flight best suited for you. Select the flight you want and add any additional products to the booking and give us all of the required details. Head to the checkout and choose the payment option best for you and done! You'll be on your way to the world cup in no time!

How can I pay for flights to Qatar World Cup?

We accept over 40 different payment methods including both credit and debit if paying in full at booking. If you are paying with a credit or debit card we accept Visa, Mastercard, American Express, Union Pay and more. We also make things more flexible by allowing a whole host of 'Buy now, Pay later' options such as Zip, Klarna, Afterpay and more. As we are an international travel company we also accept payments in 160+ currencies meaning that you can often pay in your local currency. Some which we accept include USD, GBP, EUR, QAR and more. To find out more about the payment options available please visit our payments page and to find out if we accept our currency check our accepted currencies page.

The nearest metro station to Al Bayt Stadium will be Lusail Station located on the red line, there will be a shuttle service operating between the stadium and the metro station. There will also be a stadium express bus service operating between the stadium and central Doha. Taxi drop-offs will also be available for private transfers and car parking facilities will be on offer.

Stadium 974 will be located close to Ras Bu Abboud station on the Doha Metro's gold line, the station is a 10-minute walk to the stadium. There will also be a stadium express bus service operating between the stadium and central Doha. Taxi drop-offs will also be available for private transfers and car parking facilities will be on offer.

If your match is at the Al Thumama Stadium, then you will need to take the red line to 'Free Zone' metro station where there will be a shuttle service to the stadium. There will also be a stadium express bus service operating between the stadium and central Doha. Taxi drop-offs will also be available for private transfers and car parking facilities will be on offer.

A 10-minute walk from the Education City Stadium is 'Education City' station on the cities green line. There will also be a stadium express bus service operating between the stadium and central Doha. Taxi drop-offs will also be available for private transfers and car parking facilities will be on offer.

The closest station to the Ahmed Bin Ali Stadium will be the green lines Al Riffa station. There will also be a stadium express bus service operating between the stadium and central Doha. Taxi drop-offs will also be available for private transfers and car parking facilities will be on offer.

'Al Wakra' station on the Doha Metro's red line will be the closest station for Al Janoub Stadium. Qatar will have a shuttle service to get fans to and from the station to the stadium. There will also be a stadium express bus service operating between the stadium and central Doha. Taxi drop-offs will also be available for private transfers and car parking facilities will be on offer.