Book Flights to the Grand Canyon

The Grand Canyon, in Arizona, is home to an iconic geological phenomenon. As well as admiring the spectacular views, the national park also offers a range of activities including hiking, horseback riding, rafting, swimming and camping. The Grand Canyon National Park attracts many visitors each year, ranging from families to thrill seekers looking to enjoy the natural wonder, fresh air and space that the park provides.

Book flights to the Grand Canyon with Alternative Airlines

Whether you're flying to the Grand Canyon from elsewhere within the US, or from abroad, Alternative Airlines makes it easy to find the flights you're after. We use leading technology to bring you more flight options per route. If your route requires a connection to be made, we combine airlines that you otherwise would struggle to book together. In short, we make it a breeze to book flights to the Grand Canyon no matter where you’re flying from.

Did you know? We also offer a wide choice of payment options, including Buy Now, Pay Later and monthly financing so that you can pay in the timeframe and frequency that's right for you. Many of our options are interest-free and you can choose to pay in weekly, bi-weekly or monthly payments. 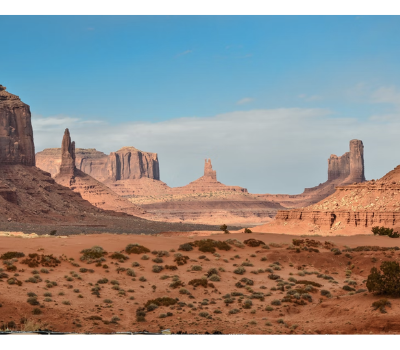 1. Closest airports to the Grand Canyon

2. How to fly to the Grand Canyon

Prescott Ernest A. Love Field is another small commercial airport with a scheduled passenger service to Denver and Los Angeles with United Express. The airport’s ideal location makes it a great option to fly into if you are planning and Arizona adventure.

How To Fly To The Grand Canyon

If you’re flying domestically from elsewhere within the US, you have plenty of options, depending on exactly where you are departing from. Flying direct to Phoenix Sky Harbor International Airport is the most popular option, as the airport is well connected to all major cities across the US. It’s also the closest major airport, 3 hours and 30 minutes by car to the entrance of the South Rim. Other options include Flagstaff Pulliam Airport (FLG) or Prescott Ernest A. Love Field (PRC), if you are departing from or making a connection through Denver, Dallas Fort Worth or Los Angeles.

From elsewhere in the world

Phoenix Sky Harbor International Airport (PHX) is the closest major international airport to the National Park’s south rim. There are regular scheduled flights with many major carriers to destinations around the world, including within Asia, Africa, Australasia, Europe and South America.

How can I get to the Grand Canyon?

The Grand Canyon is conveniently located to one of America’s large international airports - Phoenix Sky Harbor International Airport (PHX). Fly direct or via a connection to PHX from destinations around the world, as well as domestically from the US. You can then hire a car from the airport to reach the Grand Canyon’s South Rim in just a couple of hours. Or, hop on one of the coach tours that depart locally from the airport.

Is it better to fly into Las Vegas or Phoenix to go to the Grand Canyon?

In short, this depends on whether you want easy access to the south or west rim of the canyon. Most visitors fly into Phoenix as this airport offers the closest access to the south rim. The west rim is the closest to the Grand Canyon Skywalk, although this is not actually part of Grand Canyon National Park. A number of higher-end river tours and helicopter trips also depart from Las Vegas McCarran International Airport.

Which side of the Grand Canyon is best to visit?

The South Rim is home to many of the most iconic viewpoints. It is the most popular amongst first-time visitors.

Is there an airport near the Grand Canyon?

Most visitors fly to Phoenix Sky Harbor International Airport, as this is the closest international airport.

The closest commercial airport to the Grand Canyon is actually Flagstaff Pulliam Airport (FLG), which is located only 81 miles (1 hour, 30 minutes approx) from the South Rim entrance. However, this is a small commercial airport with only a limited number of scheduled flights to/from Denver (DEN) or Dallas Fort Worth (DFW).