Are you planning on visiting the 2026 Milano Cortina Winter Olympic Games? Then book with Alternative Airlines for an easy and seamless experience. At Alternative Airlines, we take the stress of booking flights out of the experience making it a simple and convenient process. We host over 600 airlines across all continents making it easy to get you from your departure airport to your dream destination. We even make the payment process really flexible by accommodating over 160 different currencies including the Euro (EUR) and more. As well as this we are proud to offer 40+ different payment methods including JCB, Union Pay, AMEX, Visa and more. Want to spread the cost out? You got it! We have partnered with numerous 'buy now, pay later' options such as Klarna, Laybuy, Zip and more helping you to do so. Use our search tool at the top of the page or contact our customer service team to find out more.

About the Winter Olympics 2026

The Winter Olympic Games was founded by the IOC, which also runs the Olympic Games. The winter event debuted in 1924 being hosted by France in the Chamonix ski resort. The competition has grown in popularity with more countries signing up to take part and additional snow and ice sports being added to the competition. Today, there are 15 various sports countries that can participate in, broken up into 3 categories, Ice, Alpine Skiing and Snowboarding as well as Nordic. Some of these include Luge, Figure Skating, Curling, Moguls, Halfpipe, Slalom, Ski Jump, Cross-Country Skiing and more. The Milano Cortina Winter Olympics are due to be held in febrero 2026 after being awarded by the International Olympic Committee (IOC) in 2019. The competition had finalist bids from Stockholm, with Milan and Cortina d'Ampezzo being the winners. The competition is set to be held in Milan and Cortina d'Ampezzo, utilising some of the venues used during the 1956 Cortina Olympic Games. Dates for ticket sales for the 2026 Winter Olympics have not been announced yet.

If flying domestically to the 2026 Milano Cortina Winter Olympics, there are three Italian airlines to choose from making it easy for you to get to the games. Some of the routes directly operated from Milan include Bologna, Rome, Florence, Naples, Palermo, Turin, Venice and many more. The 2026 Milano Cortina Winter Olympics are easily accessible for domestic Italian travellers.

Italy also has an abundance of international airlines operating to international airports in Milan. Travellers can arrive from various other destinations in Europe, Oceania, Asia, North America, Africa and the Middle East. Some of the destinations directly served from Milan include Athens, Madrid, Paris, Delhi, Tokyo, New York, London, Hong Kong and many more. This makes the Winter Olympics easily accessible for international travellers too!

Milan has a handful of major airports which handle a mix of both domestic and international services. Unfortunately, Cortina d'Ampezzo is a little harder to get to since the Cortina d'Ampezzo Airport closed down in 1976, however, there are other airports surrounding Cortina that you can travel to instead.

Milan Malpensa International Airport is the largest out of all 3 airports in Milan and handles the majority of long-haul international flights with nearly 25 million passengers passing through in 2018. Currently, all flights from the US fly into Malpensa. Accessing the city centre from the airport can be done by public transport which can take up to an hour, or you can take a taxi/hire a car with a journey of up to 40 minutes.

Bergamo's Orio al Serio International Airport, otherwise known as Milan-Bergamo, is Milan's second airport with around 12 million passengers a year passing through. The airport is a hub for the budget airline Ryanair making travel across the UK and Europe easy and accessible to all. 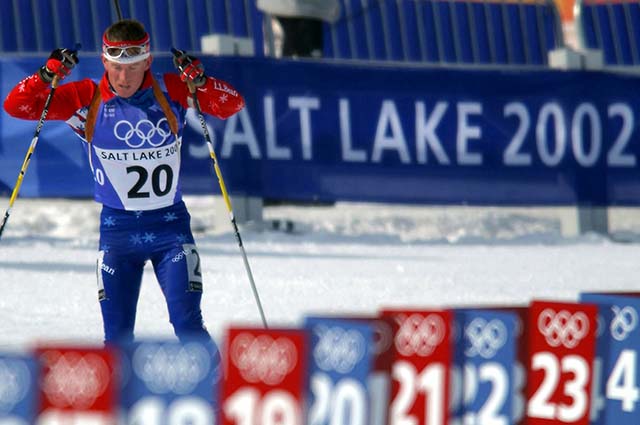 Where is the 2026 Winter Olympics?

To purchase tickets to one of the events during both the Winter Olympic Games and Paralympic Games please visit the official Olympic website.

To fly to the 2026 Milan Cortina Winter Olympics you should fly into either Milan-Malpensa International Airport or Treviso Airport.

Firstly enter your departure airport and the destination airport either MXP, BGY or TSF as well as adding the passengers who are flying. Select your dates and travel class then press search. You will easily be able to filter the search results by airline, times, stops, connections, price and more, making it easy to find the right flight.

How can I pay for flights to the Winter Olympics?

At Alternative Airlines, we accept over 160 currencies meaning you can pay in your local currency or in GBP. Making things even easier we also accept Visa, Mastercard, and American Express as well as 'Buy now, Pay later' options such as Zip, Klarna, Afterpay and more. To find out more about the 40+ payment methods available visit our payments page. Visit our guide to booking winter flights to find out more about how to book cheap flights.