Tips for Flying with Cash

When flying with large amounts of cash, it is important that you consider where to transport and pack it, whether flying with cash domestically or internationally. You shouldn’t place cash in your checked luggage. This is because your bags are out of your sight and a lot more people have access to them. They also go missing much more often so it is safer to keep in your hand luggage where you can control its location and track its whereabouts much more easily.

Although flying with money isn’t illegal, you must declare it when you are transporting large amounts of it, especially when travelling internationally. This may mean that by carrying it on your person, you may be subject to questioning by security personnel and authorities as they may find it suspicious carrying such a large wad of cash.

What counts as cash?

Cash can take forms which are not just coins and banknotes. Cash can also include cheques of any form, including travellers’ cheques, and also bankers’ drafts. Cash includes all currencies, apart from currencies that are no longer in circulation as means of payment as this is not considered cash. Currencies which are not easily converted such as the Moroccan dirham or the Indian Rupee are still included in the definition of cash. 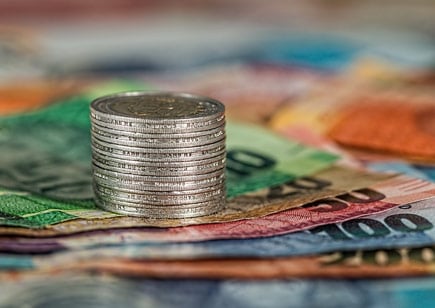 Where can I get my foreign currency?

There are many options where you can obtain foreign currency for your travels. To be most prepared, you may wish to obtain your currency before you travel. This means that you can be sure that you will have the required cash you need for your trip. This method of obtaining currency is often cheaper, but not always.

In most airports there is somewhere you can convert and exchange currency. This will usually be available at both your departure and arrival airports. Although this is often reported as the most expensive way to exchange currency, some currencies are ‘closed currencies’ due to import restrictions and therefore mean you can only exchange your money upon arrival. Don’t be tempted by the cheap exchange rates of obtaining a closed currency before entering the country as this could mean you end up getting the money confiscated and in trouble with authorities. It is also illegal to take leftover closed currencies out of the country, so make sure you exchange them back to your original currency when leaving. The countries that currently have closed currencies include the following:

Please note that this list is correct at the time of writing. Countries may change to a closed currency at any time, or make theirs open at any time. This list will not be actively updated so be sure to check the restrictions of the country you are travelling to before going.

Alternatively, you can pay with things abroad on a debit or credit card, but be sure to research your destination to see if payments by cards will be easily accepted. Also be sure to contact your bank to check for any charges when spending abroad as this could impact the affordability of your spending.

Customs Rules for Flying with Cash

Money rules flying within the USA

When flying domestically within the USA, there is no limit to the amount of cash that you can carry or have to declare. However, if you are found flying with large amounts of cash or money, TSA officers may question you as to why you have it and details of your trip. These questions are designed to prevent crime such as drug trafficking or money laundering, so you should be prepared to answer truthfully and honestly to these questions. 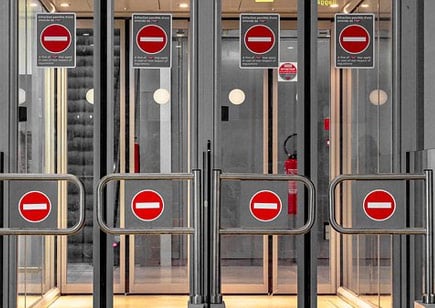 Money rules flying outside the USA

When flying internationally with large sums of cash arriving or leaving the USA, there are no limits to the amount of cash passengers are allowed to carry. However, if the value of the money exceeds $10,000 USD, passengers must declare the amount they are carrying at customs and fill out all required forms and documentation. This applies to individual travellers, group travellers and business travellers.

Money rules within the EU

When flying from a country in the EU to another country in the EU, you do not need to declare any money which is under €10,000. However, for amounts above this value, you will need to check the customs of the country to see whether you need to declare it or not. This is because, although most countries in the EU will not require you to declare money, some countries in the EU will have different rules and limits. The EU also have similar rules for duty-free allowances, where there are less restrictions for flying within the EU than travelling outside it. Read more about duty-free rules here.

Money rules travelling outside the EU

If you are travelling to a country outside the EU, you will need to declare cash valued at €10,000 or more. This can be done by filling out a EU Currency Declaration form. This form is available for most countries in the EU, except from the United Kingdom, Spain and Italy. If travelling to these three countries, you must contact the customs department of that country for information and instructions.

Taking money in and out the UK

When flying into the UK from another EU country, you do not need to declare any amount of cash you are flying with. However, if you are flying in or out the UK from a country outside the EU, you must declare cash of €10,000 or more. To declare cash you must download a form from the UK government website, or pick one up at the airport and fill it in to show customs officers.

People travelling out of or into Australia can carry up to $10,000 Australian Dollars (or foreign currency equivalent). Travellers can carry more than this amount, but it must be reported and declared to customs.

People are allowed to travel in and out of Canada with Can$10,000 or under, without declaring it. This applies to travellers, couriers and people carrying money on behalf of someone else and the Can$10,000 limit applies to equivalent amounts of other currencies.

When entering Turkey from another country, you will be allowed unlimited amounts of Turkish Lira. Passengers should be prepared to declare foreign currencies upon arrival in Turkey. When leaving Turkey on an international flight, non-Turkish nationals are allowed to carry a maximum of $5,000 USD with them (or equivalent currency) without declaring it. Turkish nationals leaving the country can export a maximum of $10,000 USD (or equivalent currency) without a declaration. Values above these limits must be declared at customs.

When flying into or from Japan, you must declare money you are carrying with you which is equivalent to 1 million Japanese yen. This, unlike the general rules set out earlier includes not only the usual cash and cheques but also gold of up to 90% purity. If you are unsure what to declare, it is best to ask a customs official at the airport.

When departing or entering Mexico, passengers must declare amounts of cash over US$10,000 or equivalent. This must be declared using the Customs Declaration form.

How much money can I fly with?

How much cash can I take abroad?

Can I take cash on domestic flight in the USA?

Yes, there is no limit to how much money you can take with you on domestic flights, but you should be prepared to answer the TSA questions if carrying a large sum of cash with you. Read more about domestic flights in the USA here.

Should I travel with large amounts of money?

You should work out how much cash you will need when travelling and think of other additional ways you can pay. Consider things such as credit or debit card charges when abroad and the normal way to pay in the country you are travelling in. For example, if you are travelling to a country where card payments are not widely accepted, you will need to carry more cash with you. You should also take into account how you can obtain the cash first, for example if the currency is closed or not. However it is important to note that it is safer to travel with lower amounts of cash, incase someone steals it or you bag goes missing.

What happens if I don’t declare cash at customs?

If you fail to declare large amounts of cash in customs, you may face punishment. This will depend on the severity of the situation and the country you are in. For example, in the UK you may face a fine of up to £5,000, whereas Mexico treats it with criminal punishment.

Why do I have to declare currency?

Transporting money across borders is a common money laundering technique, which is illegal. Therefore, it is important to declare the amount of money you have so that you do not get suspected for illegal activity.