Find Some Amazing Deals and Book Your Flight Tickets

FlySafair is a low-cost South African airline based in Johannesburg, South Africa. The airline specialises in flying domestic flights within South Africa, flying to more than five different destinations across the country.

FlySafair flies to 7 domestic destinations within South Africa, including Cape Town, Durban, East London, George, Port Elizabeth and Johannesburg. It flies to these destinations using its fleet of 16 Boeing aircraft.

Passengers are permitted two free carry-on bags, each weight no more than 7kg. The larger of the two not exceeding the dimensions of 56 x 36 x 25 cm and the smaller of the two not exceeding 40 x 15 x 20 cm check-in for their FlySafair flight by visiting the FlySafair online check-in page an entering their booking reference and surname. Online check-in is available from 24 hours—4 hours before scheduled flight departure time on all flights.

Standard Fare: one piece of complimentary 20kg checked baggage, and 7kgs hand luggage. Bags weighing in over 20kgs will incur a Heavy Bag Feel of R450 per bag at the airport, payable via cash or credit card.

Please note: Hand luggage pieces are not allowed to have greater dimensions than 56 x 36 x 23 cm, and checked-in baggage may not exceed 90 x 75 x 43 cm in size. A single extra checked-in bag can be booked no later than two hours prior to flight departure at a cost of R450vper bag at the airport (cash or credit card), or for a fee of R250 per bag if booked via the website or call centre more than 2 hours ahead of scheduled flying time.

Passengers can check-in for their FlySafair flight by visiting the FlySafair online check-in page an entering their booking reference and surname. Online check-in is available from 24 hours—4 hours before scheduled flight departure time on all flights.

FlySafair offers 'standard' seating, what you might expect from an economy class service, as well as a 'Lite' fare, which is the most basic fare. The Lite fare is ideal if you do not need to travel with checked baggage, as there is no free checked baggage (to keep the cost low); in comparison, the standard seating offers check baggage of 1 x 20kg bag. FlySafair offers food and drinks as a buy-on-board programme. FlySafair also offers a monthly magazine onboard named 'in-flight' for you to stay entertained. You can also enjoy a range of drinks including hot beverages, beers and wine, and a range of sodas and water. Delicious light snacks and refreshments are also available onboard.

Comfortable standard seating, with staff dedicated to providing the highest level of service.

Comfortable standard seating, with staff dedicated to providing the highest level of service

FlySafair does not currently offer a business class fare.

The in-flight meals and drinks are all sold pre-flight or onboard through cash or debit/credit card. You'll be able to enjoy a selection of snacks including rolls, peanuts, crisps, chocolates, sweets as well as hot and cold beverages.

The airline doesn't offer a frequent flyer program at this current time.

The airline doesn't partake in any alliance at this current time is owned by its parent company Safair.

FlySafair doesn't currently have any in-flight entertainment onboard their aircraft.

The airline doesn't currently have any Wi-Fi service available onboard.

As of enero 2020, FlySafair operates scheduled passenger utilising a fleet of Boeing and Lockheed aircraft. In total, FlySafair has over 16 aircraft in its fleet, which includes models such as the Boeing 737-400 and Boeing 737-800. These aircraft are also used by many other prominent South African airlines.

Cape Town International Airport (CPT) is the primary airport serving the city of Cape Town in South Africa and it's the second busiest airport in South Africa and third busiest in Africa Other airlines which fly to and from this airport include Air France, British Airways, Cathay Pacific, Emirates, Lufthansa, Kenya Airways, KLM, Qatar Airways, Singapore Airlines, Turkish Airlines and United Airlines. 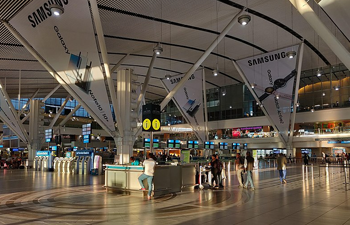 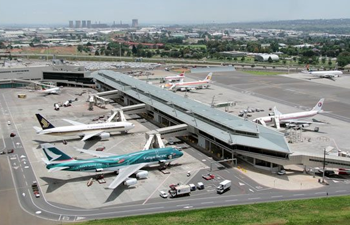 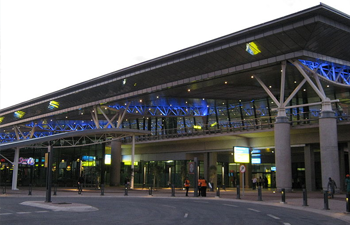 The fare rules of the ticket that your purchasing will be displayed to you at the time of booking. Here you can see whether your flight is refundable or changeable and how much it would cost to change.

You can see the full terms and conditions for Cancellation Protection at the time of booking.