Make a French Bee Booking and Find Some Amazing Deals

Established in 2016, French Bee, formerly known as French Blue, is a low-cost carrier based at Paris Oly Airport (ORY). The French airline prides itself in being the first long-haul, low-cost airline, operating to a number of destinations including Punta Cana, Papeete, Saint-Denis, and San Francisco.

French Bee passengers can purchase a maximum of two items of checked baggage, which are individually priced. Each item of baggage must not exceed the weight of 23 kilograms. Passenger's carry-on baggage must fit within the total baggage dimensions of 62 inches (height + width + length).

Paris Orly is an Airport located 13km south of Paris, France. It is one of the busiest airports in France for domestic traffic and the second busiest in terms of passengers. More than 32 million passengers passed through its doors in 2017, making it the 12th busiest airport in Europe. This airport is also the hub for airlines such as Aigle Azue, Air France, HOP! and Twin Jet. 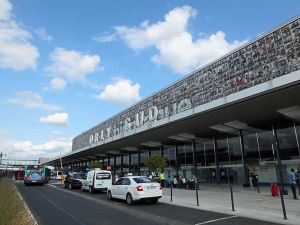