Fuzhou Airlines is a Chinese airline headquartered at Fuzhou Changle International Airport (FOC), Fuzhou, Fujian province, China. It is a subsidiary of Hainan Airlines — one of China's largest airlines.

Fuzhou Airlines was founded in 2012 and began operating in 2014 and received its Air Operations Certificate (AOC) from the Civil Aviation Administration of China (CAAC). Fuzhou Airlines flies to eight domestic Chinese cities which include: Kunming, Chongqing, Hefei, Haikou, Tianjin, Shanghai-Pudong and Xi’an.

The airline plans to expand its routes to over 12 domestic cities, and it is also part of the HNA group, a company that has Hainan Airlines, Grand China Air (previously Shanxi Airlines), Air Chang'an, Beijing Capital Airlines, GX Airlines, Suparna Airlines and many other Chinese airlines as subsidiaries.

Fuzhou Airlines fleet is exclusively Boeing aircraft. The airline currently has over 16 aircraft, 14 of which are Boeing 737-800 models, which has a capacity to hold 187 passengers per aircraft. The rest of the fleet is made up by Boeing 737 MAX 8s. Fuzhou Airlines is looking to add 20 Embraer 190 aircraft to its fleet in the near future. Whether these will replace the existing Boeing aircraft or will be an addition the fleet is unknown.

Fuzhou Airlines passengers are permitted to a piece of cabin baggage of a maximum weight of 7kg (15.4lb)

Any baggage in excess of the weight requirements will be subject to an excess baggage fee.

Book Fuzhou Airlines flights in English when you make a reservation with Alternative Airlines. We understand the importance of being able to make a flight reservation in a language you fully understand. Ensure there are no mistakes made because of language barriers when you buy your Fuzhou Airlines flights in English with Alternative Airlines. 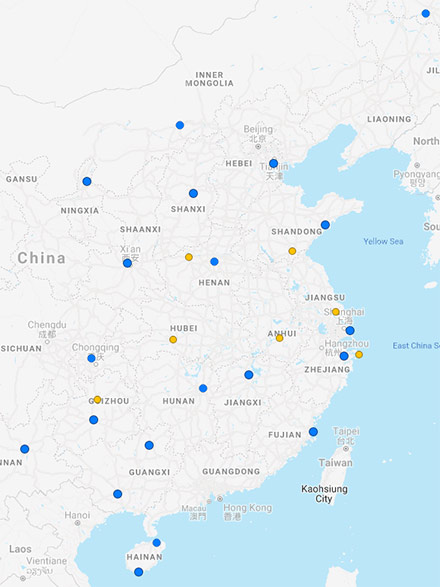