Can we please suggest these alternative airlines which fly similar routes to Gambia Bird:

Gambia Bird was created by Germania in partnership with the Gambian Government. After ceasing operations, the fleet of Gambia Bird have returned to service with Germania.

Since Gambia Bird ceased operations, there have been no Gambian airlines. However, in 2021, a new airline named WestAf Gambia will launch as the first scheduled passenger airline since Gambia Bird.

The airline no longer operates, however, before it ceased operations, it offered cabins with only one class; economy. This seating was comfortable and spacious, with a great service. When they flew, the aircraft was a 144 maximums capacity aircraft.

Under the United Express brand, Gambia Bird flies to many cities across North America:

Banjul International Airport was built during World War II and has been used for passenger flights since, but was rebuilt in 1963. Other airlines that operate to the airport include Slok Air International, Titan Airways, Air Peace, Air Senegal, ASKY, Turkish Airlines and many more. 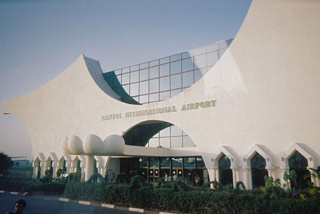