Make a Guyana Airways Booking and Find Some Amazing Deals

Guyana Airways was the national airline of Guyana until 2001. The airline was founded in 2001 and flew to a number of destinations throughout the Caribbean, United States and Canada. Guyana Airways had its headquarters in Georgetown Guyana. The airline went bust in 2001 after experiencing financial difficulties.

The Guyana Airlines fleet consisted of Tupolevs and Boeings. At the time of its insolvency, the airline's fleet included Boeing 757s and one Airbus A.300B4-622R aircraft. 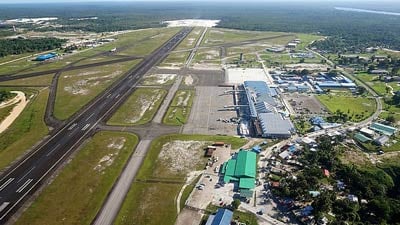 Please click on the logos below to learn more about airlines that fly similar routes to Guyana Airways: