Jam Air Express is a Jamaican airline that offers scheduled passenger and charter flights. The airline is based at Sangster International Airport, Montego Bay and flies domestically to more than five destinations within Jamaica. It is the most well-connected airline in terms of flying around Jamaica and offers more daily flights than any other airline flying within the country.

The airline launched flights on 3 julio 2019 with a service between Montego Bay and Kingston and expanded its route network to other places in Jamaica in the weeks following.

Passengers are allowed one small item of carry-on baggage that must not exceed 5kg in weight. This baggage must be able to fit under the seat in front of you. Please be mindful that Jam Air Express planes don't have overhead baggage compartments, so if it doesn't fit under the seat, the baggage might not be allowed on the plane.

Jam Air flies to the following destinations within Jamaica: 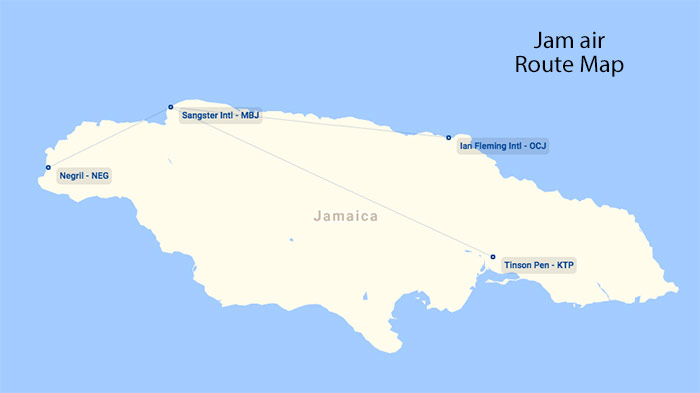 It facilitates flights from other areas of the Caribbean, North America and Europe on carriers such as JetBlue, InterCaribbean Airways, Condor and more. 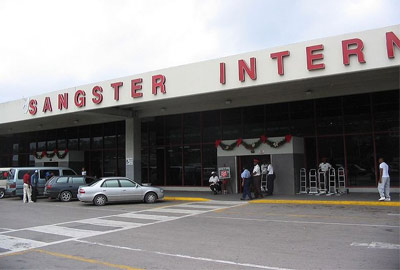