JC (Cambodia) International Airlines is an airline based at Phnom Penh International airport. It has five aircraft in its fleet and flies to 33 destinations. The Cambodian airline began operations on 17 marzo 2017. They registered themselves with the Cambodian Ministry of Commerce in junio 2014 and began with three domestic routes, soon expanding to international destinations across Asia.

It took delivery of two Airbus A320s in febrero 2017 and commenced operations to Phnom Penh, Siem Reap and Sihanoukville the following month. As of noviembre 2019, the JC International fleet consists of 5 Airbus A320-200s, each with a capacity of 180 passengers. The airline recently announced additional routes to China including to Chengdu, Nanning and Shenzhen.

On most flights, a goodie bag will be given to each passenger, comprised a travel amenity kit and a USB drive! It was going to be the only gesture to mark this inaugural flight. Complimentary meals or snacks, depending on the duration and length of the flight. There is no in-flight entertainment however the airline does offer an in-flight magazine to keep you entertained.

Enjoy slimline but comfortable black leather seats with an ample amount of legroom.

You may carry one piece of baggage free of extra charge. Your free baggage allowance as well as the baggage restrictions are shown on your Ticket or e-Ticket Receipt/Itinerary and are dependent also on our Regulations in force on the date of your flight. The size must not exceed 55cm x 40cm x 23cm.

The overall weight and size of a single piece of checked baggage shall not exceed 32kg and overall dimension of 185cm. Overweight and extra-large items (except for walkers, sports equipment, etc.) must be repackaged or split into lighter units or they will not be checked.

You must check-in for JC Airlines domestic flights at least 40 minutes in advance. 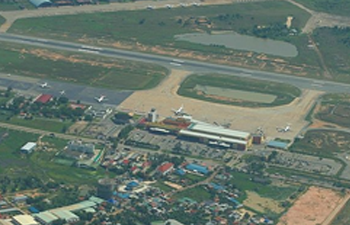 The airline doesn't currently have any information online on its special services.

The airline isn't part of any airline alliance currently.

The airline doesn't have a frequent flyer program.

The airline currently doesn't have any Wi-Fi available onboard.