Make a Jeju Air Booking and Find Some Amazing Deals

Jeju Air is the fastest growing and largest low-cost Korean airline based in Jeju City, Jeju-do in South Korea.

Jeju Air offers scheduled domestic services between Jeju island, outside of Korea and Seoul. One of the airline's busiest routes is Gimpo to Jeju. The airline operates more than 87 routes in Asia and domestically. This includes destinations in Japan, China, Taiwan, Thailand and more.

Jeju Air was established in 2005 and in 2016, merged with Value Alliance which is known as the world’s first Low-Cost Carrier alliance. The alliance comprises of 8 Asia Pacific organisations which include Jeju air, Nok, NokScoot, Cebu Pacific, Scoot, Vanilla Air and Cebgo.

In 2018, Jeju Air handled 7.3 million international passengers along with 4.7 million domestic passengers. The airline's domestic traffic has been relatively flat since 2016 as it has concentrated on almost entirely on international expansion.

Did you know? When searching for Jeju Air flights through Alternative Airlines, you can book today and pay later - take a look at our Fly Now Pay Later with Jeju Air guide for more information.

Jeju Air passengers are allowed to bring one item of carry-on baggage on their flight with them. This bag must weigh no more than 10kg and be no larger than 115cm of three-dimension.

Pre-order your meal from a range of tasty Korean delicacies using the Air Cafe service.

Economy seats do offer comfort and an ample amount of space to stretch those legs. Their seat pitch is around 29-31 inch and the seat width is about 19-20 inch.

Enjoy the tasty meals made by the famous Korean cooking TV presenter Kim Poong. You will be offered an amenity kit to give you that little extra comfort which includes slippers, earplugs, sleeping mask, as well as a beauty kit. Currently, the airline doesn't have any inflight entertainment system or any Wi-Fi connectivity onboard.

Before you board you can enjoy priority check-in, free cargo of 30kg, and relax in the JJ Loung before your flight

You can sit back in spacious leather seats with a pitch of 42 inches allowing you to freely move your legs. You can enjoy a comfortable rest with the adjustable backrest and head support that can be reclined as much as you like in addition to this all seats are built-in with a power supply.

Although all on-board class information is the same, passengers can purchase different fares which allow them to customise their experience. There are three types of pre-bundled fares:

Passengers can purchase this to get 10kg of checked luggage(or 23kg for flight to the Americas) in addition to selected seat purchase.

In this fare, passengers are able to have 10kg of checked baggage(going up to 23kg for flights to the Americas). In addition, this bundle entitles passengers to selected seat selection and an advance purchase or an in-flight meal (up to 15,000KRW).

Passengers in this get all of that included in the 3PLUS bundle, in addition to a child’s meal for one child, and priority boarding onto the plane.

There are no seatback screens on Jeju Air's flights but there are in-flight events available ranging from magic trick to balloon art to Tarot Card Consultation.

There are no free meals available but passengers can purchase meals onboard the aircraft. Onboard menu can be found on the website. Every passenger is entitled to pre-order one meal and it has to be done four days prior to departure.

Passengers can check-in for their Jeju Air flight at the airport by visiting one of the Jeju Air check-in counters. Arrive at the check-in counter at least 40 minutes before scheduled departure time for domestic flights and at least 2 hours before for international flights.

Jeju Air has a frequent flyer program called the Refresh Point were is allows passengers to earn a point through travel which they can they use to purchase Jeju Air' products and services.

Jeju Air is connected to an airline alliance called the Value Alliance who currently have 6 airline members including Cebu Pacific, Cebgo, Jeju Air, Nok Air, NokScoot, Scoot. It's the world's second alliance after the U-FLY Alliance to consist only of low-cost carriers (LCCs).

Jeju International Airport (CJU) is the 2nd largest airport in South Korea, following Incheon Airport in Incheon. The airport is located in the city of Jeju. Airlines that fly to Jeju include Korean Air, Jin Air, Air Seoul, and China Eastern Airlines. 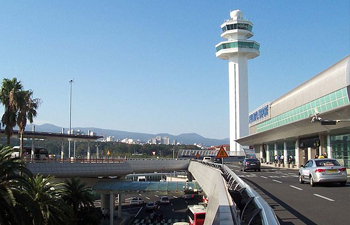 We book flights with Jeju Air in English, giving you peace of mind that at Alternative Airlines, we are providing you with a wide range of flights to choose from and allowing you to book from a trust assured source.

Jeju Air will add new routes to the Philippines

Jeju Air at the end of the year will plan to add 3 new routes from Seoul Incheon.

From julio 4, Jeju will launch a new longer-haul route from Busan, in South Korea, to Changi Airport in Singapore. The service will operate 4 times a week.