Book Your Jetairfly Flight Tickets and Find Some Amazing Deals

The Belgian airline, Jetairfly, is now part of the TUI Group as TUI Fly Belgium Search TUI Fly flights here or use the seacrh bar above to compare TUI Fly flights with a wide variety of alternative Airlines.

Jetairfly began operations in 2003 as part of the renownd tourist grop Tui AG. At first, the airline was called JetAirhad 5 aircraft. It rebranded two years later to Jetairfly and quickly became the number 1 tourism brand in Belgium.

In 2012 it became a fully scheduled airline and the following year the only leisure airline to launch an Embraer E-Jet 190.Routes and destinations that Jetairfly flewinclude the Mediterranean, Red Sea, Caribbean, Canary Islands, Cape Verde Islands, Africa and the United States.

In 2015 Jetairfly hit industry headlines once more by being the only airline with an ISO 14001 certification for their focus on sustainability and their small ecological footprint. Although you can no longer make Jetairfly reservations, you can book Tui flights with Alternative Airlines. 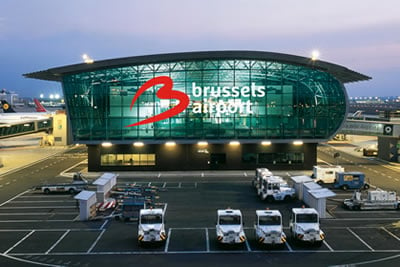 Before you make your Jetairfly reservation, make sure you compare flights with alternative airlines. Find out more about some airlines that fly similar routes by clicking the links below: