Make a Jetstar Booking and Find Some Amazing Deals

Jetstar is an Australian low-cost airline (self-described as "value based") headquartered in Melbourne, Australia.

The airline is a wholly owned subsidiary of Qantas, having been created in response to the threat posed by low-cost airline Virgin Blue. Jetstar is part of Qantas' two brand strategy  of having Qantas Airways for the premium full-service market and Jetstar for the low-cost market. Qantas, through the Jetstar Group, also has stakes in sister airlines Jetstar Asia Airways, Jetstar Pacific Airlines and Jetstar Japan.

Jetstar Airways fleet currently consists of 70 aircraft including Airbus A320's/ A321's and Boeing 787-800 series. The airline previously operated using Airbus A330's and Boeing 717's however they modernised their fleet and changed. The carrier uses its Airbus aircraft only on their domestic routes offering one class, buy on board service. Its Boeing 787's are used for their international sectors offering a two-class service. Business class is fitted with 21 leather premium class seats in a 2-3-2 configuration. This service is currently inclusive of all meals and beverages, in-flight entertainment and includes an increased baggage allowance of 30kg.

Jetstar Airways is currently not part of any major global airline alliances however they do offer their passengers a variety of Frequent Flyer programs. Being a wholly owned subsidiary of Qantas, the airline uses the Qantas Frequent Flyer Program to allow passengers to collect points. They do however also allow programs with the following airlines; Emirates, JAL and Vietnam Airlines, to be used to collect points. 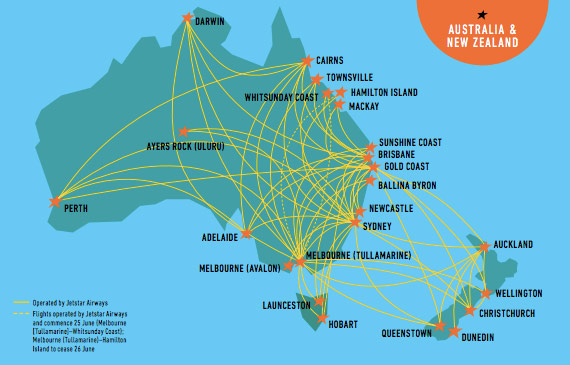 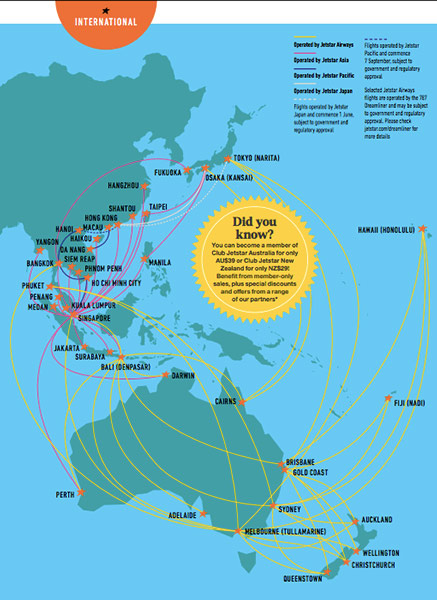