Make a Jordan Aviation Booking and Find Some Amazing Deals

Jordan Aviation was founded in 1998 and commenced operation in noviembre 2000. The airline headquarters in Amman and has its hub at Queen Alia International Airport, from which it operates scheduled passenger flights to the following countries in Europe and the Middle East: Egypt, Turkey, Iraq, United Arab Emirates and Ukraine.

Jordan Aviation has the vision to be a leading low-cost carrier in Jordan & the Middle East that offers unrivalled service to its customers.

The airline operates flights to the following destinations, as of 2021:

Jordan Aviation has a commercial fleet that operates in the Middle East, Turkey, and southern Asia.

Jordan Aviation has also applied to operate flights to the U.S. More information can be found in the news section below.

Carry-on baggage must fit under the seat or an overhead locker. It cannot be larger than 56 x 45 x 25cm and no heavier than 7kg.

Each passenger can check-in a piece of baggage, that is not heavier than 23kg and no larger than 23 x 41 x 51cm, for free.

Any bag that is heavier than 32kg will not be accepted by the airline. If you want to buy any excess baggage, you can contact our expert customer service team.

Jordan Aviation allows passengers to check in online 48 hours prior to the departure of a domestic flight and 24 hours prior to an international flight.

The airline does not offer a Frequent Flyer Programme (FFP).

The airline is not a part of any airline alliances.

Jordan Aviation fleet as of marzo 2020:

Queen Alia International Airport is located 35km from the capital of Jordan, Amman. It is the main and largest airport in the country. In 2013, a new passenger terminal opened, which increased the airport's handling capacity from 3.5 million to 9 million. Another passenger terminal project started in 2016 and it is designed to further increase their capacity to 12 million per annum. 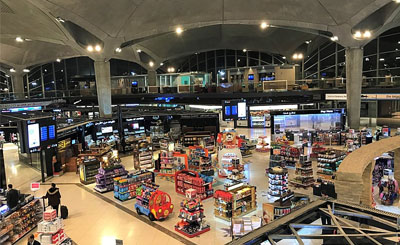 Jordan Aviation has applied to the US Transportation Department (DOT) to serve US routes and hopes to secure a foreign air carrier permit so that the carrier can begin scheduled flights in April. The airline has not yet outlined which routes it intends to serve.

No further news has been announced since the application to serve US routes.