Make a Komiaviatrans Booking and Find Some Amazing Deals

JSC Komiaviatrans, simply known as Komiaviatrans is a Russian regional airline which operates domestic flights, mainly within the central Siberian region. It was founded in 1998 and has its headquarters at Syktyvkar. From its hub at Syktyvkar Airport, Komiaviatrans has a strong focus on destinations in Russia such as Kaluga (from its secondary base at Grabtsevo), Ukhta and Usinsk.

Komiaviatrans Airlines used to operate an international service to Baku, Azerbaijan. However, in 2018 the Russian Aviation authorities banned the airline from operating international destinations, in order to allow the airline to focus more on the domestic routes within Russia.

Passengers are permitted one item of hand luggage. This item must not weigh any more than 8kg and must be transported with the passenger in the cabin, either in the seat in front of them or in the overhead compartments. The size of this must not exceed 35 x 22 x 25cm.

In addition, passengers are permitted the following free baggage, which is dependent on the type of aircraft travelling in:

Passengers travelling on the AC Embraer-145 are permitted up to 20kg of luggage.

Passengers travelling on the AC L-410 are permitted up to 10kg of luggage.

Komiaviatrans do not currently offer online check-in for their flights.

Syktyvkar Airport is an airport based in the Komi Republic, Russia. There is currently one terminal and one runway

The airport was opened in 1925 and currently has two passenger terminals, with a combined capacity of processing 1450 passengers per hour.

Syktyvkar Airport is a destination airport for many airlines, including Aurora Airlines, Aeroflot, Nordavia, Pegas Fly and RusLine. 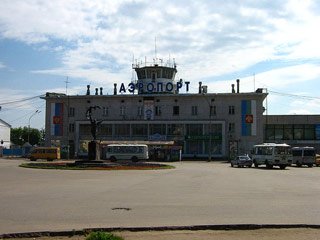 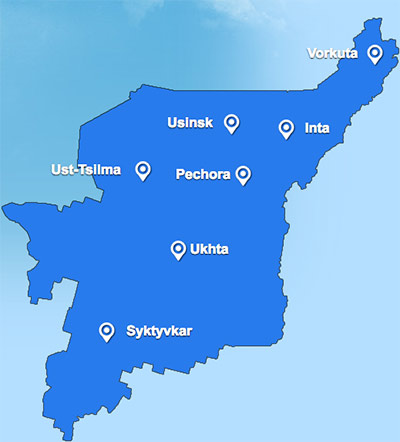 Komiavatrans fleet is comprised of Embraer ERJ 145LR and Let L-410 Turbolet aircraft. The airline has around 10 aircraft within its fleet altogether.

Please click on the logos below to find out more about airlines that fly similar routes to Komiaviatrans:

Komiaviatrans to be split into two?

There are talks within the government of Komi Republic to spilt Komiaviatrans into two separate entities. The first would be an airline that operates similarly within the structure that Komiaviatrans does now. And the second would be a 'second unit' operating the local airports.

While details on the split are still disclosed, governor Sergey Gaplikov did state that splitting Komiaviatrans into an airline and airport operator will bring stability to the business and described it as a 'necessary measure'.