Make an LC Perú Booking and Find Some Amazing Deals

LC Peru ceased operations in 2018. Please take a look at these airlines that fly similar routes below.

LC Perú was an airline based in Lima, Perú. The airlines was founded in 1993 with the slogan 'Our Airline', the Peruvian carrier served 16 destinations in Peru, offering travellers the chance to see the 15th Century Inca Citadel - Machu Picchu or visit unexplored destinations like Nazca Lines. Daily flights with LC Perú to Pisco connected the Nazca Lines from Lima offering simplicity and ease for all travellers.

In diciembre 2018, the airline failed to renew its aviation license and ceased all operations when it filed for bankruptcy.

LC Perú's fleet was made up of eight aircraft in total when it stopped flying. These included Bombardier Dash-8Q200/400s and Boeing 737-500 equipment.

The airline offered both airport and the online check-in.

Passengers could check-in online from 48 hours before their flight. Online check-in closed two hours prior to scheduled departure time.

Did you know LC Peru flights were available to book in English? We give you the option to purchase flights from airlines all across the world in English — including Spanish speaking airlines' such as LC Peru — so that your booking doesn't get lost in translation! 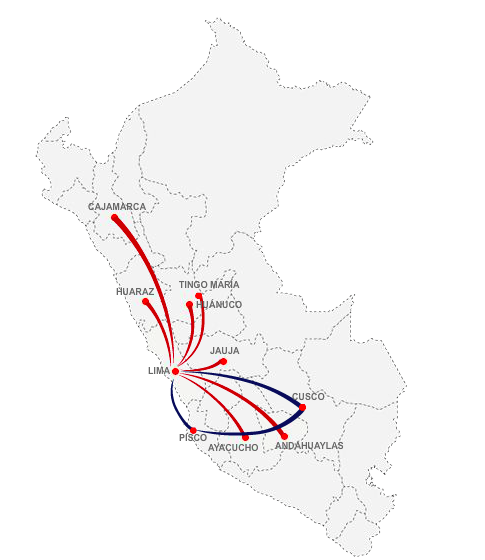