Buy Flights to & within Levant

Search for and book flights within the Levant region through Alternative Airlines. When you use our site to search for your Levant flights, we'll give you many choices between airlines to fly with and many different ways to pay!

Please note, we do NOT sell flights to or from Syria at Alternative Airlines.

As of octubre 2022, travel advisories have been set regarding travelling safely around the Levant. Please click here for more information.

Why Buy Flights within the Levant?

The Levant is a term used that refers to the large area in the Eastern Mediterranean region of Western Asia. The Levant is made up of several countries including Cyprus, Isreal, Jordan, Lebanon, Palestine, Syria, Egypt, Greece, Iraq and Turkey, among others. There is a mix of different climates in the Levant - the countries in the north experience semi-arid to humid climates whilst countries in the south experience a completely arid climate. If you're planning on flying to the Levant for leisure or a vacation, we recommend visiting Cyprus, Egypt, Greece or Turkey where you'll find an abundance of resorts, delicious cuisines and history waiting to be explored!

Please note that we do NOT sell flights to or from Syria at Alternative Airlines. Read our guide below that shows you which airlines fly to and within other countries in the Levant and also the most popular places/countries to visit in this region. 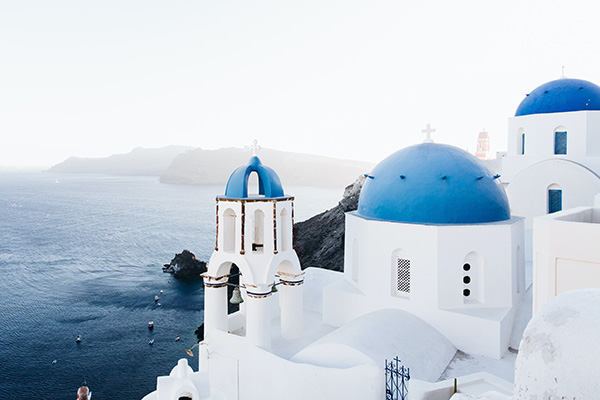 Use our search form at the top of the page to book your flights within the Levant today!

Here at Alternative Airlines, you can search for your flights to or within the Levant region and we'll show you all of the most suitable routes and airlines possible based on your search criteria. Find out below which airlines operate frequent scheduled flights to and within the Levant area, including Aegean Airlines, Cyprus Airways, Turkish Airlines, El Al, EgyptAir, Royal Jordanian and Middle East Airlines.

Aegean Airlines is the national flag carrier airline of Greece that flies to over 50 destinations within Greece, Europe and the Middle East. Its hub airports are Athens International Airport and Thessaloniki Airport. Inside the Levant region, Aegean Airlines flies frequently to Istanbul, Larnaca, Paphos, Beirut, Tel Aviv, Amman, Cairo and Alexandria as well as operating domestic flights within Greece and the Greek islands.

If you're planning to fly to the Levant region from another city or country in Europe and want to start your Levant trip in Greece, Aegean Airlines is the best option for you.

Turkish Airlines is the main flag carrier airline of Turkey - it flies to around 340 destinations across Europe, Africa, Asia, South America and North America. Turkish Airlines operates these flights from its hub at Istanbul Airport as well as many domestic flights in Turkey. It's also part of the Star Alliance.

If you're planning to enter the Levant region from a city outside of Europe (e.g., New York, Tokyo, Johannesburg, etc), Turkish Airlines is the most suitable airline to fly with as it offers many more international routes into Turkey compared to Aegean Airlines.

El Al Israel Airlines, also known as EL Al, is the flag carrier of Israel. It currently flies to over 45 destinations - the majority of these are within Europe but it also flies to major cities in North America, Asia and South Africa. El Al is headquartered at Ben Gurion Airport located in Tel Aviv. The airline flies to a few Levantine cities including Larnaca and Athens making it a great airline to use if you're flying to multiple cities in the Levant region.

EgyptAir is the state-owned flag carrier of Egypt and is headquartered at Cairo International Airport where it flies to over 90 destinations across Europe, the Middle East, Africa and select cities in Asia and North America. Much like Aegean Airlines and Turkish Airlines, EgyptAir offers many routes into the Levant region from international cities across the globe - you can easily fly directly into Cairo and then move on to multiple Levantine cities all while flying with EgyptAir. EgyptAir also offers domestic flights in Egypt.

Royal Jordanian Airlines is the official flag carrier airline of Jordan. The airline is part of the Oneworld alliance and operates its flights out of its hub at Queen Alia International Airport in Amman. Royal Jordanian flies to just over 40 destinations in Europe, the Middle East and select cities in Asia and North America. Flying within the Levant region is made easy when you choose to fly with Royal Jordanian - it operates frequent flights from Amman to Cairo, Athens, Istanbul, Larnaca, Beirut, Tel Aviv and a handful of smaller cities in Iraq.

Middle East Airlines, also colloquially known as MEA, is the national flag carrier airline of Lebanon. The airline flies to over 30 destinations in Europe, the Middle East and select cities in West Africa. MEA's hub airport is Rafic Hariri International Airport situated in Beirut. Middle East Airlines is another airline that offers many flights in and around the Levant region, with frequent flights to Cairo, Amman, Larnaca, Athens, Istanbul and select cities in Iraq.

All Airlines Flying Within Levant

Airlines Flying Internationally into the Levant

Airlines Flying Within the Levant

Countries in the Levant region have a lot to offer. You'll find a wide variety of exquisite cuisines, diverse cultures and an abundance of history to be discovered. You can book flights to the Levant today with Alternative Airlines by using our search form at the top of the page.

Cyprus is the ideal destination for anyone looking to relax on some stunning beaches, swim in crystal-clear waters and experience the vibrant nightlife. It's also decorated with many ancient ruins making it the perfect location for any history buff! The best time to visit Cyprus is between May and June - this is the driest period of the year and the temperatures can range between 23-28°C (73-82°F).

Turkey has a mix of oriental and European cultures as well as varying landscapes, from beaches to mountains to woodlands, making it a great destination for nature lovers. The ideal time to travel to Turkey is between April/May and September/October when the weather is mild and not too hot. This is also the shoulder season meaning there will be fewer tourists and fewer crowds.

Mainland Greece is the place to go if you really want to delve into ancient history and see iconic temples from Ancient Greece. But if you're seeking more of an island-escape type of vacation, you can visit any of the famous Greek Islands, from Santorini to Mykonos to Rhodes and many more, where you're sure to find pristine beaches and delicious cuisines. Much like Turkey, the best time to see Greece is in April-June and September-October when there are fewer tourists and the weather is still warm.

When you think of Egypt, you can picture the Great Pyramids of Giza and the Great Sphinx, so it's no surprise that this destination is the perfect getaway for anyone that is passionate about history and ancient civilisations. To comfortably experience Egypt in its cooler temperatures, we suggest flying between October and April - additionally, there'll also be fewer crowds!

Which airlines fly within the Levant?

Many airlines operate frequent scheduled passenger flights to and within the Levant region, however, the airlines that provide the biggest variety of routes within the Levant include EgyptAir, Turkish Airlines, Middle East Airlines, El Al and Royal Jordanian Airlines. Searching for your Levant flights with Alternative Airlines means we'll show you all the available routes based on your search criteria and the best airlines that operate these routes. If you can't find a flight operated by your preferred airline, we'll show you alternative options!

Can I buy flights within Levant and pay later?

Absolutely! When you search for your flights within Levant through Alternative Airlines, you can secure your booking with many flexible payment options that we offer at checkout. Some of the most popular Buy Now Pay Later methods we offer include Klarna, Tabby, Postpay, Clearpay and Spotii, among others. Paying later for your flights means you can spread the cost of your ticket into instalments that can be paid back over a weekly, bi-weekly or monthly basis, depending on the payment plan you've selected at checkout.

How many countries are in the Levant?

There are 10 countries that make up the Levant region - these are Cyprus, Israel, Jordan, Lebanon, Palestine, Egypt, Greece, Turkey, Iraq and Syria.

Please note that Alternative Airlines does NOT sell flights to or from Syria.

Is it safe to fly within the Levant?

Travel advisories have been put in place in order to ensure the safety of anyone planning to fly to or within countries in the Levant. We ask that you follow this advice and travel at your own risk. The information below has been updated as of octubre 2022 and is based on the general advice provided by the US government.

As of octubre 22, it is NOT safe to travel to Syria from any international country due to terrorism, civil unrest, kidnapping, armed conflict, and the risk of unjust detention.

As of octubre 22, it is NOT safe to travel to Iraq from any international country due to terrorism, kidnapping, armed conflict, civil unrest, and Mission Iraq’s limited capacity to provide support to U.S. citizens.

As of octubre 22, it's recommended that anyone entering or travelling around Lebanon should reconsider travel plans due to the risk of terrorism, civil unrest, kidnapping and armed conflict.

As of octubre 22, all travellers should reconsider travel plans when entering or moving around Egypt due to the risk of terrorism in the Western Desert and the Sinai Peninsula.

As of octubre 22, all travellers should exercise increased caution and should avoid travelling within 6 miles of the Syrian border due to terrorism and arbitrary detentions.

As of octubre 22, all travellers should exercise increased caution and should avoid travelling within 3.5km of the Jordanian border with Syria due to terrorism and armed conflict.

For more detailed information on these travel advisories, please take a look at the official Travel Advisories page which is updated regularly by the US government.