Make a Loganair Booking and Find Some Amazing Deals

Loganair is a Scottish regional airline, serving over 40 destinations across 12 countries. The airline offers travellers a wide route network attracting business and leisure. Founded in 1962 in Glasgow, it has flown under franchise agreements with both British Airways and the now defunct airline Flybe. It then began flying under its own own brand from 1 septiembre 2017. Six of the Scottish routes served by Loganair are supported by external funding. The routes, namely Glasgow to Barra, Campbeltown, Tiree, Stornoway to Benbecula, Dundee to Stansted and the Inter Orkney Isles, are designated Public Service Obligation (PSO) routes.

A PSO, one of only two state aid mechanisms within EU legislation for air services, is imposed on routes which are not commercially viable and are essential to counter the remoteness of the regions. In febrero 2019, it was announced that the airline will launch three new routes from London Southend to Aberdeen, Glasgow and Stornaway. After Flybe axed its service from Southend to Glasgow, the new routes will be a welcome addition.

Looking for domestic flights in the UK?

Check out our guide to domestic flights in the UK, for a full airline guide and FAQs.

Loganair as of noviembre 2019 flies to 21 domestic destinations as well as 21 international destinations in 11 countries with 3 destinations to be added in 2020.

The cabin luggage must be labelled at check-in, weigh under 6 kilos, and not exceed dimensions of 40cm x 35cm x 18cm 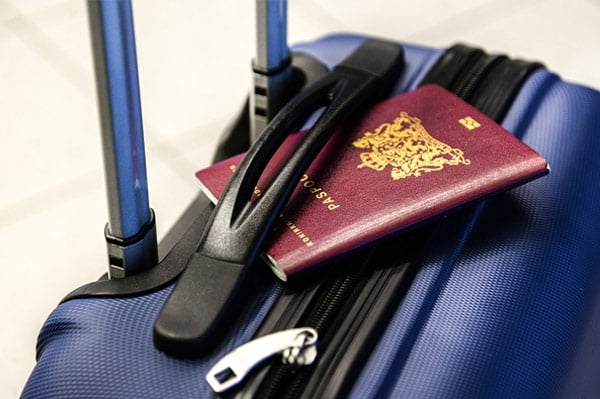 You can check-in online using this link and inputting in your surname and booking reference.

Economy class is currently the only class provided on this airline’s planes. Passengers onboard economy class are served by the friendly and attentive crew in traditional Scottish attire. Onboard most flights where the flight is long enough, passengers will receive a complimentary inclusive onboard dining and drinking service, which includes soft drinks, tea, coffee and snacks. There is no In-inflight entertainment system however you can stay entertained by reading Longanair's in-flight magazine, the FlightFLOG. There's also no Wi-Fi connectivity onboard.

In economy class, passengers can choose to purchase their seat selection (unless on a Fly Flex or Fly Flex + where this is included free of charge) to be able to choose where they sit on the plane. The seats a comfortable with a good amount of legroom.

Although there is no specific cabin for business class, many business passengers choose to fly with Loganair as it meets their business needs. The set up of the airline’s schedule means that most of them have weekday day returns, meaning you can commute to work in the morning and return home the very same day. The Fly Flex and Fly Flex + fares allow passengers with hectic schedules more flexibility. If you arrive at the airport early, you may be able to hop on an earlier flight if there is the availability to be able to get home earlier. In addition, the Fly Flex + fare allows you to change your flight with no additional costs from the airline.

Fly Flex + not only gives full flexibility to change your flight when you want, without any additional cost, but it also puts you in the fast-lane by adding fast-track security and airport lounge access. So you can put your feet up, relax and enjoy the Wi-Fi, cakes and coffee!

The seats in Business class are full of comfort, you can easily stretch those legs.

Loganair is launching their frequent flyer programme, Clan Loganair, which will allow passengers to earn Clan points which you can redeem against a Clan Reward flight.

Please click on the logos below to find out more about airlines that fly similar routes to Loganair:

Glasgow Airport (GLA) also known as Glasgow International Airport and formerly Abbotsinch Airport is an international airport based in Glasgow, Scotland. 2017 saw the airport handle nearly 9.9 million passengers, meaning it is now the second-busiest airport in Scotland after Edinburgh and the eighth busiest in the UK.

This airport is also the base for airlines such as Jet2, Thomas Cook Airlines and TUI Airways. Other airlines also use this airport, though often with seasonal use, such as WestJet, Lufthansa, Air Canada Rouge and KLM.

Loganair is not part of any airlines alliance at this current time.

Pay for Loganair Flights with PayPal

Six new routes to commence in 2020

Four routes to begin from Cornwall Airport Newquay in 2020