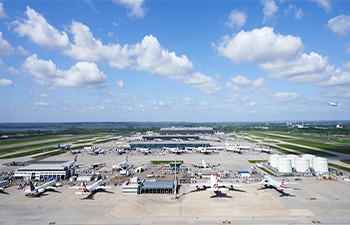 Search and book flights to London Heathrow International Airport (IATA: LHR) with Alternative Airlines. We ticket 600+ airlines, including all major carriers. So, no matter where you are flying from, we can guarantee that you'll find the right flights for you. London Heathrow is a major airport serving the city of London, so if you're planning a trip to visit the capital of the UK, flying into Heathrow will be the easier and most convenient option if flights from your departure location are available.

Where is Heathrow? The airport is located 14 miles (23 km) west of Central London

Use the search form at the top of the page to begin looking for flights to Heathrow.

Enter your departure airport and city and enter 'London Heathrow' as your arrival airport.

Did you know, when you book flights with Alternative Airlines you can spread the cost over time? No matter which airline you fly with, whether that's British Airways, Norwegian, Qatar, Asiana Airlines, or any of the 600+ airlines that we ticket, and pay weekly, biweekly or monthly. That's right, any flight to London Heathrow or any other destination, you can book today and spread the cost.

Find out more about all our pay later payment options

Why Fly to Heathrow?

Fly and from Heathrow for a premium travel experience. Heathrow Airport is full of facilities and services that offer passengers ease and comfort at every 5 square miles. Each terminal functions as a small shopping centre and it also offers services for business travellers and families. 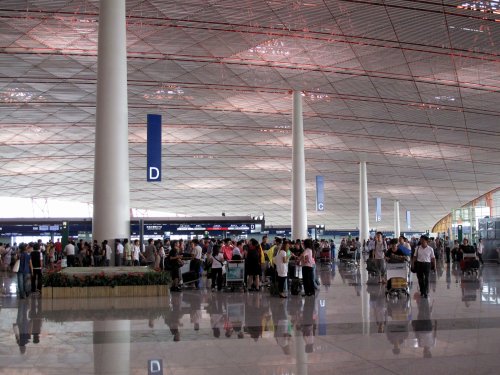 Terminal 2 is the airport’s newest terminal officially known as the Queen's Terminal which was opened on in junio 2014. The terminal has a satellite pier, a 1,340-space car park, an energy centre and a cooling station to generate chilled water. There are also 52 shops and 17 bars and restaurants.

Terminal 4 opened in 1986 and is located south of the southern runway. The terminal has a floor area of 105,481 ;m2 and is home to the SkyTeam alliances construction began in 2004 and finished in febrero 2008 and it is also the largest terminal with a floor space measuring 1,713,000m2, making it the second-largest passenger terminal in the world. Most flights that go to Terminal 4 are flights coming from Asia and North Africa, as well as a few flights to Europe. It accommodates the Airbus A380 and airlines such as Etihad Airways, Korean Air, Malaysia Airlines and Qatar Airways.

Terminal 5 is situated between the northern and southern runways and was opened by Queen Elizabeth II on marzo 2008. British Airways and its partner Iberia have exclusive use for this terminal. The main terminal building (Concourse A) has an area of 300,000 square metres while Concourse B covers 60,000 square metres. In total it has 60 aircraft stands and capacity for 30 million passengers annually including more than 100 shops and restaurants. The terminal has a 3,800 space multi-story car park.

Terminal 1 first opened in 1968, before terminal 5 opened Terminal 1 was British Airways base for domestic and European flights. It was also the main base for Star Alliance. However, Terminal 1 closed in junio 2015 and the site is being used as an extension for Terminal 2.

The following table consists of all the airlines that fly passenger services from Heathrow Airport:

The following table contains some of the popular and most-serviced destinations flying from Heathrow Airport:

How to get to Heathrow International Airport

Heathrow's 4 airport terminals can be accessed via nearby motorways and roads. The M4 motorway and A4 road can be used to access Terminal 2 and 3, whereas Terminal 4 and 5 can be accessed using the M25 motorway. There are drop-off and pick-up areas at all terminals and short and long-stay multi-storey car parks you can use to park your car at a cost.

You can use the many train routes as well as the London underground in and around London. With Heathrow Express Line, the London Underground and the TfL Rail, you can travel from terminal to terminal or alternatively use the this you can use a shuttle service. In addition to this, there are many buses and couches that operate between the 4 airport terminals.

You can rent a car from a wide selection of car hire providers such as Avis, Sixt, Europcar and Enterprise from a selection of vehicles that suit you well. The facility operates seven days a week