Find flights to Mardi Gras festivals, including New Orleans and many other alternatives across the world.

What is Mardi Gras?

Mardi Gras, which translates to Fat Tuesday, is an annual carnival event which is a celebration of life. Typically, people celebrating Mardi Gras dress up in masks and costumes, most popularly as fairies, animals, mythical creatures, Native Americans and also Medieval costumes. The official colours are gold, purple and green, so many people try to incorporate these colours into their outfit or makeup.

Mardi Gras is a celebration of the period before the Catholic celebration of Lent, where people fast. The meaning of the name ‘Fat Tuesday’ relates to people enjoying the last evening of fatty, rich food before the Lent period begins. In the UK, Mardi Gras is known as Shrove Tuesday, and isn’t usually celebrated with carnivals, but is known as Pancake Day. If you’d prefer to celebrate Mardi Gras with pancakes, why not read more about the 10 best pancakes to try around the world in our blog for pancake-fuelled inspiration.

When is Mardi Gras?

Depending on the year, Mardi Gras can be any time between 3 febrero and 9 marzo due to changes in the date that Easter will fall on. In 2020, Mardi Gras will fall on Tuesday 25 febrero.

Although traditions vary depending on where you celebrate it, Mardi Gras celebrations can either stretch from Twelfth Night (Last night of Christmas) all the way to Ash Wednesday, whereas other places or cities will celebrate the three days before Ash Wednesday or even just on the single Tuesday.

About: New Orleans is perhaps the most famous city for its Mardi Gras celebrations and carnival. Although most tourists choose to celebrate in central New Orleans, there are quieter festivals, which are equally as entertaining, in the outskirts of the city. There is a Carnival held the two weeks before the Tuesday of Mardi Gras, with the largest and main parade and celebrations taking place on Mardi Gras. It may be cheaper to fly to New Orleans before the main carnival date, and may be worth it to get more time to explore the area. If you want to go out earlier, use our best fare finder to see which date is cheapest for you to fly. 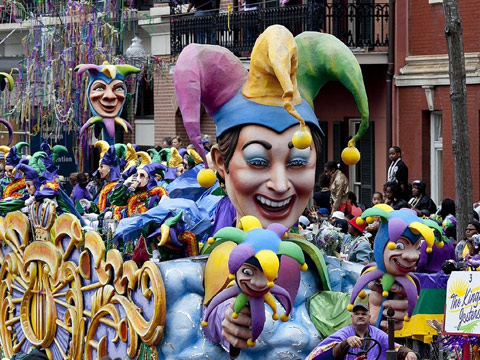 About: Surprisingly, New Orleans is not the birthplace of Mardi Gras. Instead the oldest annual Mardi Gras carnival is home to Mobile in Alabama. It was first started in 1703, back when Alabama was the capital of Louisiana. Although it may seem old and traditional, this carnival is now well-known for its modern and current traditions, such as parades and floats. Some societies that participate in the Mardi Gras celebrations even throw secret and exclusive balls and dances where people wear evening gowns and suits. If this seems like the kind of Mardi Gras celebrations right for you, use the following information to get you to Mobile.

Top Tip: If you require Mardi Gras flights for 2020, it is important to note that currently, all routes from Mobile Regional Airport are domestic. If you require Mardi Gras flights for 2020 and are visiting from across the Atlantic you may require a transatlantic flight and then a connecting flight to Mobile Regional Airport. Just enter your search into our flight search bar above to see available connecting flights and routes.

About: San Diego’s Mardi Gras celebrations are every bit as traditional as New Orleans, with purple, gold and green costumes, along with the typical beignets, caipirinhas and beads and other festivities. Voted as one of the top 10 Mardi Gras event in the World, San Diego’s Gaslamp Quarter Mardi Gras Carnival of Color is a must-see.

About: The Carnival of Venice, or Carnivale di Venezia, is the Venetian version of Mardi Gras is famous for elaborate masks, which have always played an important part in the venetian carnival and the idea of masquerade balls which are frequented during this carnival period. This Italian Mardi Gras celebration is perfect for those who want a traditional, cultured and sophisticated Italian festival. 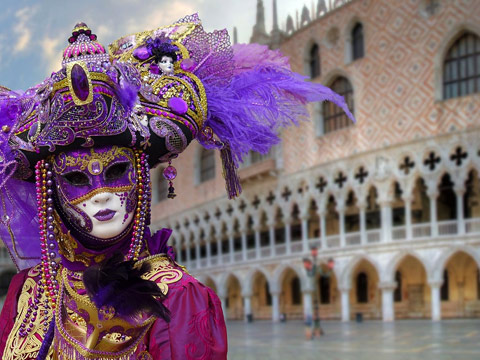 About: The Sydney Gay and Lesbian Mardi Gras festival, known locally as Mardi Gras, is a yearly parade, festival and party. This version of Mardi Gras combines the usual festivities with a celebration of everything LGBTQ. Although every year includes Pride’s rainbow colours, along with Mardi Gras’ costumes and floats, each year there is a theme or relevant political message presented across the festival, for example 2011’s theme was surrounding marriage equality. This Mardi Gras festival is one of the largest in the world, and is attended by hundreds of thousands of people, not only from Australia but also overseas visitors. 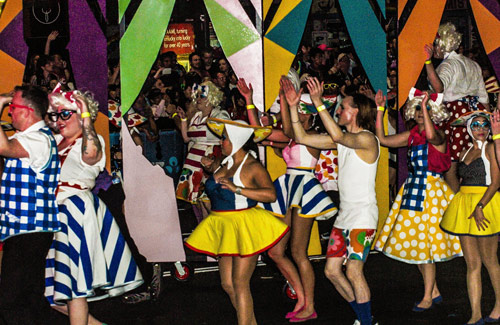 Closest Airport: Sydney Kingsford Smith Airport. This airport is featured on our best airports for shopping blog, so be sure to get there early to give you plenty of time to explore the airport!

About: Rio de Janeiro’s Carnival is known all over the world, but not many people know that it was originally a Mardi Gras festival as it is held during the same period before Lent. The word Carnival actually originates from the Mardi Gras idea of fasting without meat during lent, with the word ‘carnelevare’ translating ‘removing meat’. Rio’s Carnival is so large that Carnival is actually a national holiday! Sway away from some typical New Orleans’ traditions, and towards the Brazilian traditions of Samba and Frevo music. Why not celebrate Mardi Gras with the carnival experts and head to Rio for a party you’ll never forget! Or perhaps you'd like to experience a similar Brazillian carnival at Salvador da Bahia. Read more about this cheaper alternative in our Locals Guide Blog. 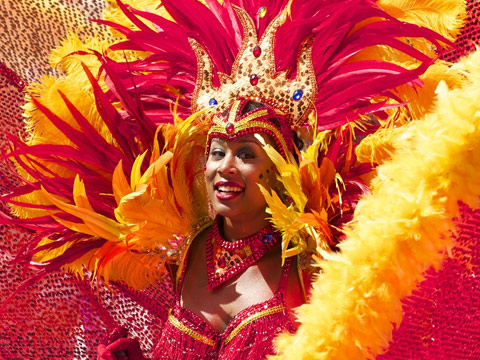 About: The Carnival of the Binche is a 4 day celebration held in the Belgian town of Binche. It celebrates its pinnacle day on Mardi Gras, which is known as the Mardi Gras festival. The history of the carnival dates back to the 14th century, and has since been awarded a ‘Masterpiece of the Oral and Intangible Heritage of Humanity’ by UNESCO’. This carnival has a different feel to it than that of New Orleans or Rio as it is much more historical. Instead of a variety of costume, in Binche, clown-like performers called Gilles wear vibrant dress wax masks and wooden footwear. 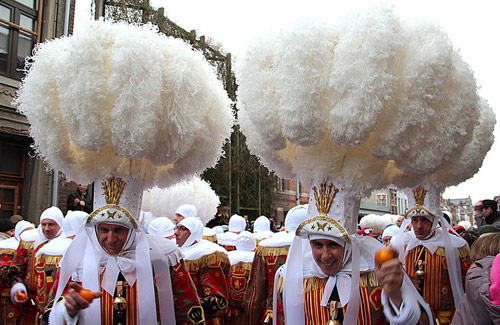 About: The Carnival in the Netherlands, also called vastenavond, is The Netherlands version of Mardi Gras festival. This festival specialises in ridding themselves of social norms and role-reversal, with people often dressing up as clowns, objects, animals, other genders and fairytale characters, without being judged by other people. To further the discarding of social norms, these costumes are often designed to be politically incorrect, taboo-breaking and critical, insulting or self-mocking. It is mainly southern parts of the Netherlands who participate in this carnival, where there are more Catholic origins who celebrate Lent. You’ll be sure to find carnival celebrated around the provinces of North Brabant and Limburg.

Can I bring my kids to Mardi Gras?

Generally, yes. For large celebrations such as New Orleans and Venice, Mardi Gras is a family celebration. As with any large event, we recommend taking extra precautions with you children such as being vigilant or avoiding areas with large busy crowds or areas known for alcohol consumption or other behaviours (for example the French Quarter in New Orleans is not recommended for children). New Orleans have now put up extra street cameras around popular parade routes, to help monitor the celebrations to help your family and children remain safe. If you need help with flying with children, read our guide here.

When is the best time to fly for Mardi Gras?

It depends where you are going to and the flight costs for each town. Some smaller celebrations may not have much or a price increase around the peak times to fly, whereas some larger destinations will be more expensive closer to Mardi Gras, such as New Orleans or Rio. Be sure to research or read above to look at the specific dates of when each festival falls on, as some may fall around the Tuesday and you don’t want to miss the main event. We recommend entering your search into the search bar above, and using our best fare finder to see when is the cheapest time to fly for your Mardi Gras flights.

When is the best time to buy flights for Mardi Gras?