Maya Island Air (also known as Maya Airways) is an airline with its head office in Belize City Municipal Airport in Belize City, Belize. The airline operates regularly scheduled flights to over 10 destinations within Belize and chartered flights to Mexico, Guatemala, and Honduras. Its main base is at Philip S. W. Goldson International Airport.

The airline was founded in 1962 originally as Maya Airways. In 1989, Island Air began providing similar airline services to San Pedro and Belize City. The need for air services grew, therefore, Maya Airways and Island Air planned a negotiation to merge and eventually become the most successful merger in the travel industry. In 1997, both airlines had merged to create Maya Island Air.

Carry-on baggage must be able to comfortably fit under the seat in front of the passenger for the entire duration of the flight.

The airline only offers standard seating. It operates light aircraft with a limited number of seats. Due to its short flight times, the airline doesn't offer and food, drink or in-flight entertainment on the flight. However, passengers are encouraged to enjoy the beautiful scenery of Belize out of the plane window.

Sit comfortably in padded leather seats, with back-of-seat storage and storage at the back of the craft. During the flight, passengers will be able to enjoy incredible views. Seats will be determined at the time of departure, with the aim of balancing the plane. There might even be the chance to sit next to the pilot!

The airline has over 10 aircraft in its fleet. This includes models such as the Cessna 208 Caravan, Cessna 182 Skylane, Britten Norman Islanders and Gippsland Airvan. 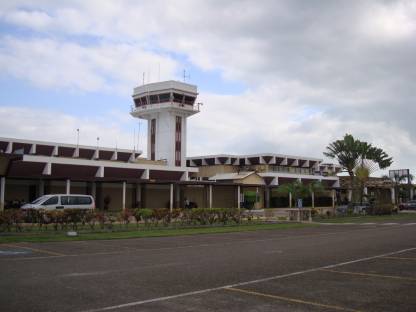 Belize is an independent and vibrant nation off the east coast of Central America and is the country of origin for Maya Island Air. Measuring almost 9000 square miles, the country sits between Mexico, Guatemala and the Caribbean Sea. The country has many natural wonders such as the Belize Barrier reef, which is the second-largest in the world, as well as the Great Blue Hole, the largest Sink Hole in the world. Belize is the only country in Central America that considers English its first language, although Creole and Spanish are also spoken as well as many other indigenous and international languages.

Maya Island Air is the longest-running airline in Belize and one of the top choices for flying around the country. Catch a domestic flight with the airline and explore all that Maya Island Air has to offer.