Buy Flights to & within MENA

Are you searching for flights to and within MENA? You can book MENA flights right here at Alternative Airlines - it's simple! When you use our site to search for your MENA flights, we'll show you all the available airlines you can fly with based on your search criteria and even give you many different ways to pay so you can be as flexible as possible!

Please note, we do NOT sell flights to or from Syria or Iran at Alternative Airlines.

As of octubre 2022, travel advisories have been set regarding travelling safely around MENA. Please click here for more information.

Why Buy Flights within MENA?

MENA stands for Middle East/North Africa and describes the region that consists of all the countries inside the Middle East and North Africa. It is also sometimes referred to as WANA (West Asia and North Africa). The countries that are considered part of MENA are Algeria, Bahrain, Egypt, Iran, Iraq, Israel, Jordan, Kuwait, Lebanon, Libya, Morocco, Oman, Qatar, Saudi Arabia, Syria, Tunisia, United Arab Emirates and Yemen. The MENA climate ranges from arid to semi-arid with low rainfall and extremely high temperatures. The most popular MENA destinations for tourists to visit are Egypt, Morocco, Tunisia and the UAE.

Please note that we do NOT sell flights to or from Syria or Iran at Alternative Airlines. Take a look at our guide below showing you which airlines fly to and within MENA, the most popular countries to visit in MENA and some frequently asked questions about travelling within MENA. 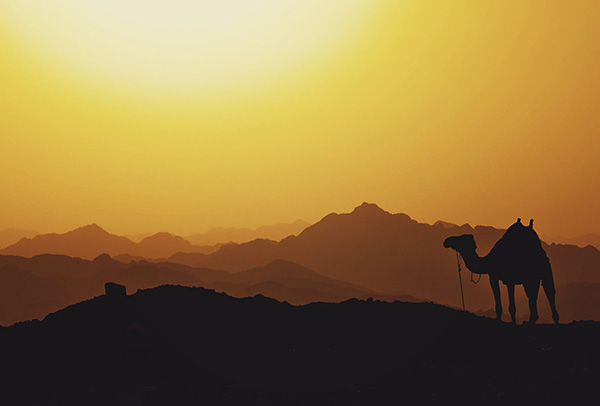 Use our search form at the top of the page to book your flights within MENA today!

At Alternative Airlines, we have 650+ airlines available for you to book flights with, including airlines that regularly fly to or within MENA countries such as Air Algerie, EgyptAir, El Al, Royal Jordanian, Middle East Airlines, Royal Air Maroc, Qatar Airways, Emirates and Tunis Air. Find out below the most popular airlines to fly with when travelling to or within MENA.

Air Algérie is the national flag carrier airline of Algeria. It is headquartered in Algiers and uses Houari Boumediene Airport as its hub airport. The airline flies to over 75 destinations across Europe, Africa, Asia and select cities elsewhere in the world. Inside the MENA region, Air Algérie operates scheduled flights to cities in Egypt, Jordan, Lebanon, Tunisia and the United Arab Emirates, as well as an extensive network of domestic flights in Algeria.

EgyptAir is the state-owned flag carrier of Egypt. It is headquartered in Cairo and uses Cairo International Airport as its hub airport. The airline currently operates scheduled passenger flights to around 90 cities across Europe, Africa, Asia and select cities in North America. Within the MENA region, EgyptAir flies frequently to the main cities in Algeria, Bahrain, Iraq, Israel, Jordan, Kuwait, Lebanon, Libya, Morocco, Oman, Saudi Arabia, Tunisia and the UAE, as well as many domestic flights in Egypt.

El Al Israel Airlines (also referred to as El Al) is the flag carrier airline of Israel. It is headquartered at its hub airport, Ben Gurion Airport, in Tel Aviv. The airline flies to almost 50 cities across Europe, Asia and North America. If you're flying within MENA and wish to use El Al, you can fly to Morocco, Egypt and the UAE.

Royal Jordanian Airlines is the flag carrier airline of Jordan and is part of the Oneworld Alliance. It flies regularly to over 40 destinations around Europe, Asia and North America. In the MENA region, you can use Royal Jordanian Airlines to travel to cities in Jordan, Tunisia, Egypt, Qatar, Lebanon, Israel, Iraq, Saudi Arabia, Kuwait, Bahrain and the UAE.

Middle East Airlines (also known as MEA) is Lebanon's national flag carrier airline. It is headquartered in Beirut and operates many of its flights out of its hub airport, Rafic Hariri International Airport. The airline flies to over 30 cities in Europe, Africa and Asia, but if you're planning to fly within the MENA region, you can fly with Middle East Airlines to reach cities in Egypt, Lebanon, Jordan, Iraq, Kuwait, Saudi Arabia, Qatar and the UAE.

Royal Air Maroc is Morocco's national carrier that is headquartered in Casablanca. It flies to over 100 destinations, mainly across Europe, Asia, Africa and select cities in North America. Inside MENA, you can use Royal Air Maroc to fly to cities in Egypt, Israel, Saudia Arabia, Qatar and the UAE. Royal Air Maroc also operates an extensive domestic flight network in Morocco.

Qatar Airways is the state-owned flag carrier airline of Qatar. It is headquartered in the Qatar Airways Towers in Doha and operates many of its flights out of its hub in Hamad International Airport. The airline flies to a staggering 170+ destinations around the world and is a great airline to use if you'd like to enter the MENA region from any major city in the world. Within the MENA region, you can use Qatar Airways to fly to cities in Morocco, Algeria, Tunisia, Egypt, Lebanon, Jordan, Iraq, Iran, Saudi Arabia, Kuwait, the UAE and Oman.

Emirates is a major airline that is based in Dubai in the United Arab Emirates. It operates the majority of its flights out of its hub in Dubai International Airport and flies to over 150 cities worldwide. Much like Qatar Airways, Emirates is an ideal airline to fly with if you'd like to enter the MENA countries from major cities across the globe. Emirates currently flies to the following MENA countries: Morroco, Algeria, Tunisia, Egypt, Israel, Lebanon, Jordan, Saudia Arabia, Iraq, Iran, Kuwait, Bahrain and Oman.

Tunisair is the national airline of Tunisia and is headquartered in Tunis. Tunisair flies to just over 100 destinations within Europe, Africa and Asia. In the MENA region, you can use Tunisair to fly to Morocco, Algeria, Libya, Egypt and Saudia Arabia, as well as a handful of cities in Tunisia.

All Airlines Flying Within MENA

Many countries in the MENA region are popular tourist spots due to their abundance of delicious cuisines, unique cultures and richness in history. You can book your flights to MENA today through Alternative Airlines by using our search form at the top of the page.

If you'd like to make your trip worthwhile and visit multiple cities in the MENA region, we suggest making a multi-city flight booking. This is super easy to do on our site - take a look at our guide on multi-stop flights for more information!

Cairo, the capital city of Egypt, is primarily known for its Giza Pyramids Complex which is home to one of the Seven Wonders of the World - the Great Pyramid of King Khufu. It's also where the Great Sphinx is located! So if you're passionate about history and ancient civilisations, Cairo needs to be on your bucket list. The ideal time to experience Cairo is between October and April when the temperatures are cooler, making it more comfortable to see all that Cairo has to offer.

Dubai is typically known for its glitz-and-glamour atmosphere. The capital city of the UAE is decorated with extravagant skyscrapers, a vibrant nightlife culture and lots of luxury shopping districts. We recommend visiting Dubai between November and February as the temperatures are pleasant and its also when many of Dubai's food festivals come to life.

Doha, the capital of Qatar, is known as the 'mini Dubai'. It consists of an abundance of mosques and contemporary skyscrapers as well as popular tourist attractions including the Museum of Islamic Art, the National Museum of Qatar and also Doha Zoo. The best time to fly to Doha is between November and March - the weather is comfortable and ideal for all kinds of activities, whether you plan to ride a camel or do a bit of shopping in the city centre.

Tunis is the capital city of Tunisia - many tourists visit Tunis to see the Ruins of Ancient Carthage and the Bardo Museum, however, Tunis is also home to many pristine sandy beaches that have crystal-clear waters. The ideal time to visit Tunis is outside of the summer months, usually in April/May and October/November. This is when the weather isn't uncomfortably hot and there are also fewer crowds.

Which airlines fly within MENA?

When you search for your MENA flights through Alternative Airlines, we'll show you the most suitable routes and airlines available based on your search criteria. If you're not able to find a flight operated by your preferred airline, we'll show you alternative options!

Can I buy flights within MENA and pay later?

Yes! You can book your MENA flights and pay later when you use Alternative Airlines. We have 40+ different ways to pay on our site, including Buy Now Pay Later options that let you spread the cost of your MENA tickets over time. These include Klarna, Tabby, Postpay, Spotii, Afterpay and many more. Repayment periods differ per payment plan, however, many offer weekly, bi-weekly and even monthly repayment periods. This means you can manage the cost of your MENA flights better!

How many countries are in the MENA region?

Is it safe to fly within MENA?

Many travel advisories have been put in place in order to ensure the safety of all travellers planning to fly to or within the countries in MENA. We ask that you follow this advice, however, if you need to travel to or within these countries, please travel at your own risk.

The information below has been updated as of octubre 2022 and is based on the general advice given by the US government.

For more detailed information on these travel advisories and why they have been put into place, please take a look at the official Travel Advisories page which is updated regularly by the US government.